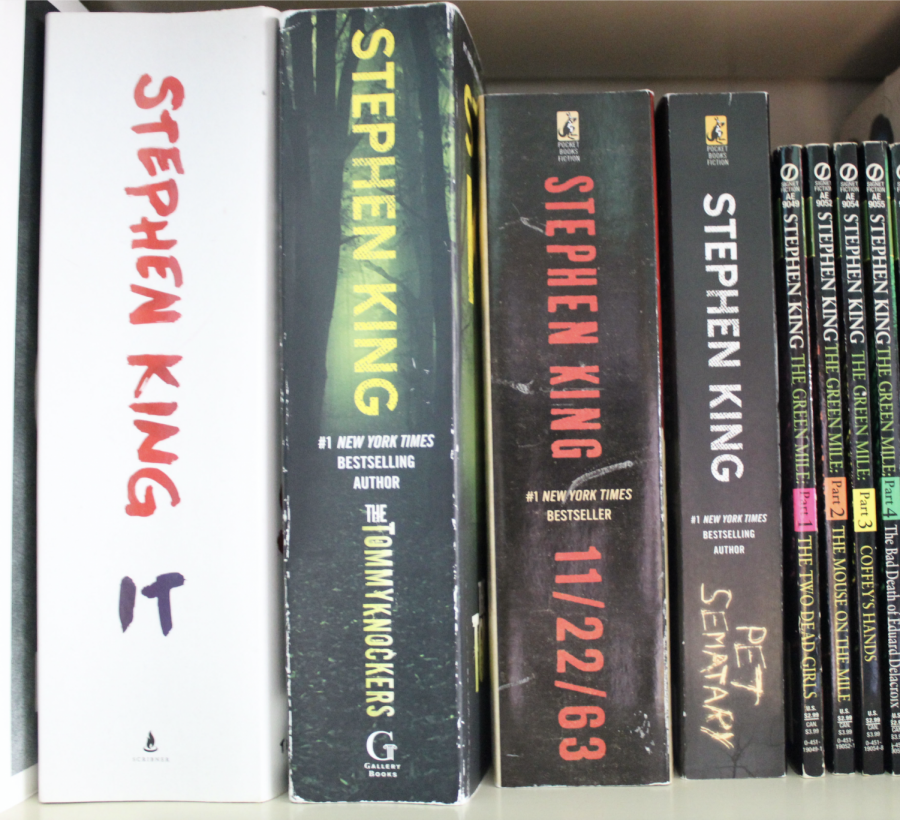 Chances are, you’re familiar with Stephen King, or you’ve at least heard of him. If you’ve lived this long and don’t know who he is, I suggest moving out from under a rock. Anyway, the King of Horror has written well over 80 books, and his works have inspired about 75 movies. Coming out this year alone are three adaptations from King books: “Pet Semetary,” “It: Chapter Two” and “Doctor Sleep.” There are probably even more that I’m not familiar with yet.

I read my first Stephen King book my first year of college, and I’ve been hooked ever since. Though I haven’t had as much time to read as I’d like, and I’m a much slower reader than I once was, I’ve read quite a few of his books in two years. And I’ve enjoyed every one. Well, almost. I finished reading “The Tommyknockers,” a book about aliens, last week, and I’m sorry to say that it was a disappointment to me. I don’t want to spoil anything, but the book is unnecessarily long, and the ending was subpar. It just fell flat. But, after doing some research, I learned that “The Tommyknockers” was one of King’s last books he wrote while suffering from cocaine and alcohol addictions, and soon after he wrote it, he sought help to become clean.

It really makes you think. Celebrities, including best-selling authors, suffer from personal demons, and that doesn’t make them any less human. I really admire King, not just for his fantastic and skilled writing, but also for his honesty and openness. I didn’t mean for this to turn into a feel-good Dr. Phil episode or anything like that, but we have to understand that people, famous or not, should not be defined by their addictions. And they’re allowed to seek help without being judged. No one is perfect, certainly not me, but realizing this helps us all be better to one another.

Anyway, I apologize for the tangent. Now I want to talk about all the Stephen King books I did enjoy, such as “Misery,” “Pet Semetary” and “The Shining.” They’re all so compelling; they’re scary and make you squeamish, yet they also feel real and human. Perhaps, though, my all time favorite Stephen King book is “11/22/63.” This brilliant work of historical fiction/science fiction/fantasy/all around amazing book no matter what genre, answers the question: What if John F. Kennedy had never been assassinated on that fateful day in Dallas, Texas? Again, I don’t want any spoilers, but it took me about to weeks to read this book (remember, I’m a slow reader), and I relished every single page. It was stunning, and, just like any other well-written piece of literature, I think it really inspired me and has helped to improve my own writing.

If you’ve never read any King books, I’d recommend starting with his earlier works, like “Carrie” and “Salem’s Lot.” More challenging books are much longer, but still worth the read, like “It,” and his newer, addiction-free works are just as fantastic. I’m still in the beginning stages of my King fascination, and many of his books I’ve borrowed from the library, which I highly recommend. I bet you wouldn’t have guessed this would have turned into a public library service announcement, but seriously, utilize your local libraries people. And pick up some torn, dog-eared, well-loved Stephen King paperbacks while you’re at it.

As King once said, “Books are a uniquely portable magic.”