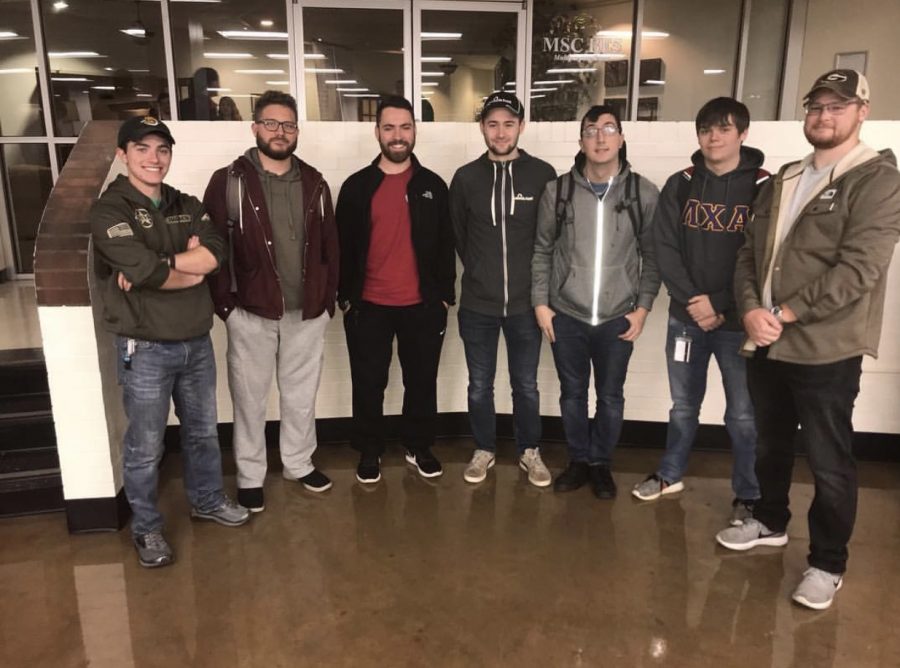 Striving to build its fraternity, Lambda Chi Alpha has goals to increase chapter size and make a permanent mark on Marshall University’s campus.

“I would like to see us grow to the size we were in the 1980s,” Bill Gardner, a Lambda Chi Alpha alumni and professor of digital forensics and information insurance, said.

When Gardner returned to Marshall to teach, he said he had a, “Lambda Chi-shaped hole in my heart.”

“I started contacting our international headquarters to see what could be done about an expansion and recolonizing at Marshall University,” Gardner said. “In February of 2018, we made our official return to Marshall.”

Jacob Hewitt, Lambda Chi Alpha’s president and digital forensics major, said Lambda Chi Alpha had been on campus since 1946 but closed in 2003 because of lack of members and recruiting efforts ceased. In the 1980s, Gardner said there were about 70 members.

“Without recruitment, everything else fails,” Hewitt said.

Hewitt said he hopes to recruit more members, and once they reach the number they need and meet certain requirements, Lambda Chi Alpha will be evaluated by the national fraternity and become a charter.

“Once we get a charter, we get a house again,” Gardner said. “We try to focus on academics, member development, duty, honor, that sort of thing up to this point.”

Additionally, Hewitt said Lambda Chi Alpha plans to organize two social events with sororities, is working with the Huntington Food Bank to create a philanthropy event and will be having a game night with Delta Zeta this week.

“I think Greek life as a whole is a great opportunity for any female or male student,” Hewitt said. “It’s opened so many doors. I’ve actually gotten to meet all the presidents of all Greek life fraternities and sororities and made some new friends and definitely made two of my best friends in the fraternity. I’ve gotten job offers just because I’ve been through Lambda Chi.”

As for the fraternity’s progress since returning to campus, Hewitt said they are making strides and said he feels they are on their way to becoming a chapter.

This progress is contributed to former president Leh Osborne, who “literally worked himself in the dirt to build us up,” Hewitt said.

“My guys are great,” Hewitt said. “They are outgoing. We are trying to build them up as gentlemen. They work hard, and without them we wouldn’t be where we are.”