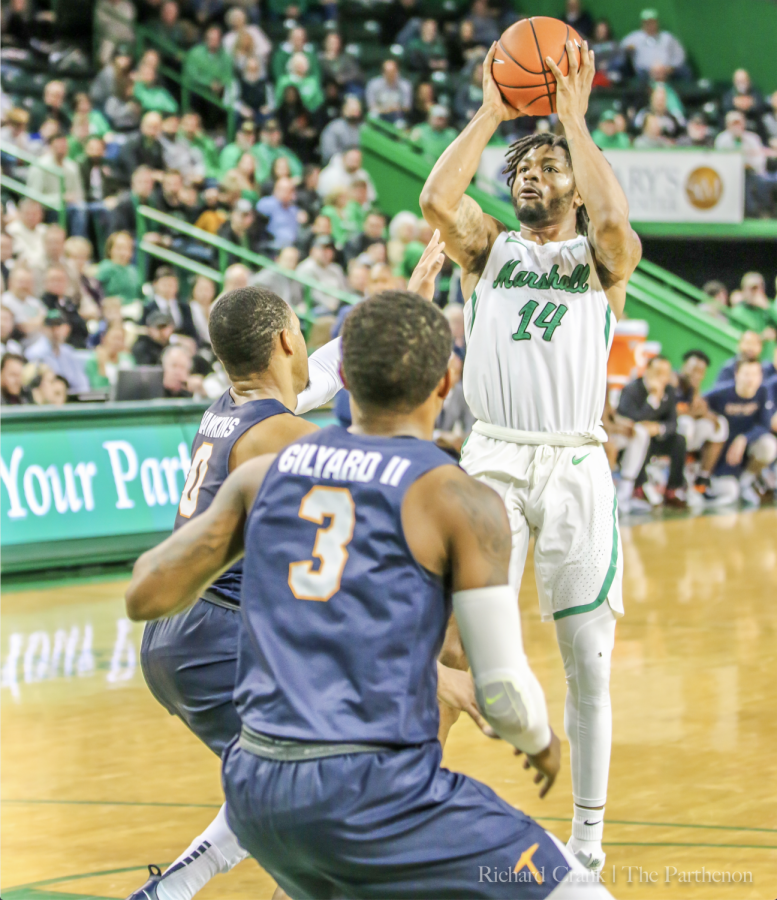 The Marshall Thundering Herd men’s basketball team is looking to get back into the winning column with its upcoming road trip to Texas this week, coming off a 116-106 overtime loss to UTSA.

Marshall head coach Dan D’Antoni said that every conference game is going to be tough.

“Every game is important,” D’Antoni said. “They’re all going to be close. Every possession (of the ball) is important.”

“We got to execute a little bit better on defense,” Elmore said. “If we’re making you take contested one-on-one shots, that’s kind of what we want to do. We’ll just go back to the drawing board and keep improving.”

Watson said that he agrees that every ball possession is important for the Herd.

“We got to take advantage of every game and every opportunity,” Watson said. “We’re going to be ready. We understand how tough that environment is.”

Sophomore forward Mikel Beyers said the Herd is ready to move on despite the loss against UTSA.

“We’re ready for North Texas,” Beyers said. “We’ll have a few good days to scout and be ready for them on Thursday.”

“They (UNT) play hard,” D’Antoni said. “We’ve had a little tougher road than they have. They’re a good ball club and they finished strong last year. (Their) coach has done a nice job. They’re going to play hard and it will be a tough contest.”

Following the North Texas matchup, the Herd will travel to Houston, Texas where it will take on the Rice Owls on Saturday night.

Tipoff in the first of two games this weekend is set for 8 p.m. EST Thursday at the UNT Coliseum, also known as “The Super Pit” in Denton, Texas, with Saturday’s matchup at the Tudor Fieldhouse in Houston also set for 8 p.m. EST.