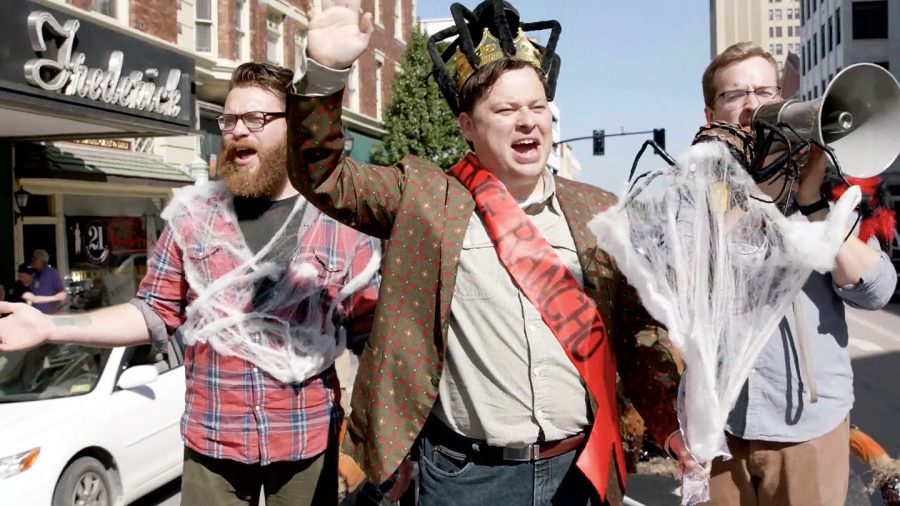 Earth is at war in a new comic series written by a family of podcasters, and readers can jump into the adventure soon.

The series takes place in a world where Earth is taken over by Frost Giants, Trolls and Fire Goblins.

Clint McElroy and his sons, Justin, Griffin and Travis, have teamed up with Marvel Comics to produce a five-issue limited series set to release April 10. “War of the Realms: Journey Into Mystery” was announced Jan. 3. The series will be available both online and in comic book stores.

The McElroys said the comics will be written by the four of them and drawn by Marvel interior artist Andre’ Lima Araujo, with covers by Valerio Schiti. The series will include popularized Marvel characters.

“When it turns out that the key to stopping the war might be Thor’s baby sister, Spider-Man (Miles Morales), Hawkeye (Kate Bishop), Wonder Man, Sebastian Druid, Death Locket, Thori the Hellhound and Balder the Brave must go on an epic quest to save Earth’s only hope. And, yes, deal with diaper duty,” from the McElroy family business website.

The McElroy’s will be taking over the Thor storyline from Jason Aaron after six years, but the plot will follow the original “Journey Into the Mystery,” which was published by Atlas Comics before it was taken over by Marvel Comics in the 1960s.

The original publication has played host to several updates over the last few decades, but the McElroy family’s new release is the only launch to generate attention since The Mighty Thor.

This will be the first tie-in mini-series to Aaron’s Thor run. Marvel announced the newest comic arc by labeling it as the “final showdown” between Midgard and the rest of the universe.

The fate of the Marvel universe is trusted to the McElroy’s based on their past success. The family shot to fame with their podcast “My Brother, My Brother and Me” and then secured their place in the limelight with their comic “The Adventure Zone,” a Dungeons and Dragons spin off that landed number one on The New York Times Best- Sellers list.

Marvel Comics and the McElroys promise to deliver a new “cosmic calamity” for the masses that offers a fresh take on old favorites.

Makaylah Wheeler can be contacted at [email protected]