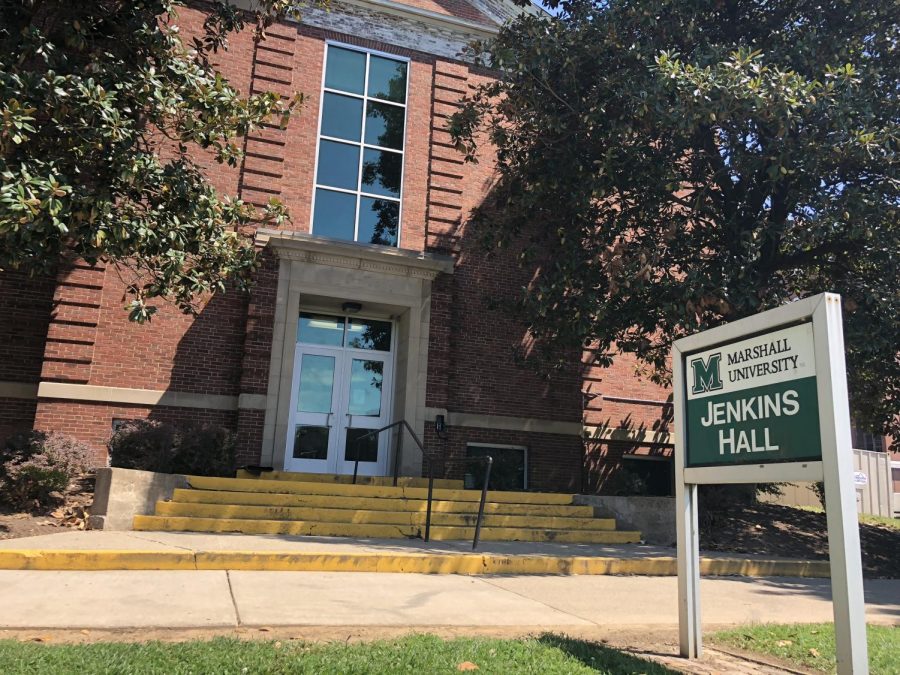 Constructed in 1937, Jenkins Hall is named after General Albert Gallatin Jenkins, a Confederate general and slave owner. In 2018, Marshall University established a presidential committee to examine names of buildings across campus.

Marshall University’s Students for a Democratic Society encourage students and locals to have productive conversations about issues such as colonialism and socialism.

“Students for a Democratic Society is a group for the curious,” John Ross, a junior philosophy major and president of SDS, said. “Part of our ideological conviction is to do anti-racist work in the community, like renaming Jenkins Hall, and to support those kinds of conversations.”

The movement to rename Jenkins Hall, a building on Marshall’s campus named after a Confederate general and slave owner, was initiated by SDS members earlier this year and has received substantial attention from students, residents and local media.

Ideological perspectives differ amongst members of the group, Ross said, and their meetings are a place for discussing common goals and objectives and ways to achieve them.

“We try to focus more on our agreements than our disagreements,” he said.

Maggie McGhee, a sophomore geography major and member of SDS, said they joined the group because they are eager to learn and gain experience with organizing people, and because they support the group’s main objectives.

“I recommend anyone who cares about other people to join SDS,” McGhee said. “I think a lot of people receive support from our group, especially other minority groups in the area.”

Another focus of SDS, McGhee said, is to provide a space for leftists to get together and talk about issues important to them while educating people about history and current events.

“We want to highlight history so we can move forward and create our own history,” McGhee said. “We can’t just sit here doing nothing and being apathetically indifferent to the struggles of minorities while those in power are exploiting them.”

Ty Mayle, a first-year social work major, said he decided to join the group after attending one of their Ice Cream Socialist events in which members meet interested students for free ice cream and informative conversations.

“I’m just happy to be in a group with people working toward a common goal of positive changes we want to see,” Mayle said.

SDS is currently focused on promoting local movements for change which they feel are within the group’s means, he said.

“We want to make things happen,” Mayle said. “We are doing as much as we can to help.”

In addition to Ice Cream Socialists and weekly meetings, another of the group’s regular events is called DECAF: Discussing the Elimination of Colonization and Fascism. DECAF includes members and anyone interested drinking coffee and having productive conversations on Friday mornings.