Fallout 76 event prepares fans for the release of the game 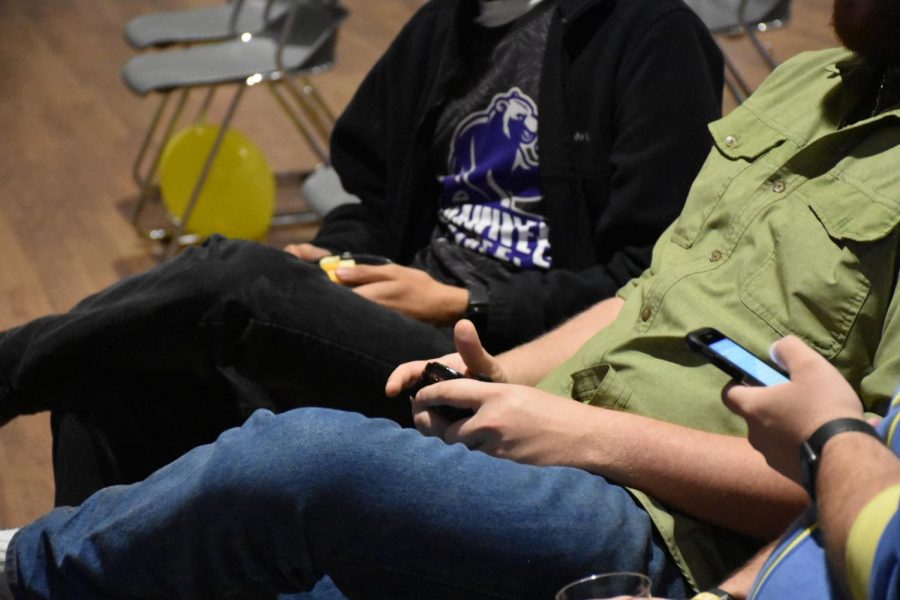 Gamers participated in Marshall University’s Fallout 76: Reclamation Day event, Friday Nov. 9, which was organized by John Barton, who works for WV Autism, an organization whose mission is to find and build community support and outreach to autism families across West Virginia.

The purpose of the event was to promote and support community involvement and exposure by using a major video game franchise platform, Barton said.

Fallout is a popular video game series whose latest game is set in a post-apocalyptic world based in West Virginia.

The event offered attendees the opportunity to play previous Fallout games on multiple gaming consoles.  Local bands such as The Heavy Hitters, The Dividends and Christopher Vincent of QiET preformed as well.

Cameron Asbury, a long-time player and fan of the Fallout franchise, said he decided to attend the event simply because he loves Fallout. The West Virginia native also said he was excited for the game to be released because it is set in his home state.

“When I heard the games would take place in West Virginia, there was literally no chance, no matter how bad the game may end up being, that I wasn’t going to buy it,” Asbury said.

By using Fallout as a rallying point for West Virginia gamers, Barton said he hopes it will bring attention to the state and help residents band together to fight issues the state faces.

Nick Matawa, a Marshall student from New Jersey, said “Now that I’m here in West Virginia I’m looking forward to seeing iconic monuments and locations of the state in the game.”