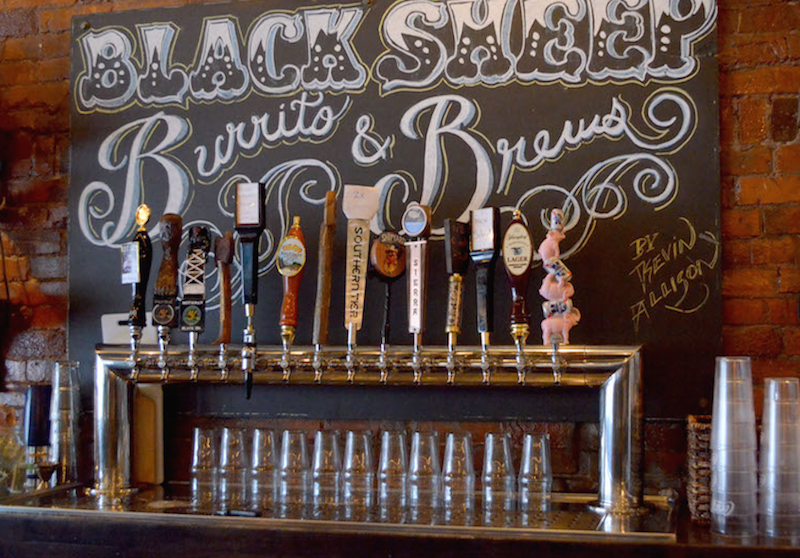 Gov. Earl Ray Tomblin called for review of craft brewing laws Jan 14 during the annual State of the State address in the house chamber of the State Capital Complex.

The West Virginia Craft Brewers Guild, made up of members of local brewing companies, have lobbied to have the rules and regulations for breweries revised for economic growth within their business and the state.

Current fees for brewing licenses’ are more than a small business is able to handle because they are competing with the same prices as larger more established companies.

Crystal Bishop, director of marketing and sales for the Greenbrier Valley Brewing Company, expressed concern for the laws and the difficulty breweries have for growth if they do not change.

“In general, it is very difficult to open a brewery in West Virginia compared to the rest of the alcohol industry, wine and/or spirits,” Bishop said. “With revised beer laws you will see a growth in both current breweries and new breweries throughout the state.”

“We must encourage the same innovation we ask of all of those investing in our state and allow our state’s entrepreneurs to put their skills to work without the burden of unnecessary state restrictions,” Gov. Tomblin said. “That’s why tonight I am proposing legislation to give our craft brewers increased opportunities to succeed as part of our state’s growing craft beer industry.”

The change in laws restricting the production and distribution of craft beer would create positive economic benefits for the state.

“By changing some of the encroaching laws I believe you will see a growth in the craft beer industry in the state,” Bishop said. “In return providing more jobs and tourism opportunities in West Virginia.”

Gov. Tomblin said the growth of businesses within the state is needed to show the world West Virginia is a wonderful place for business.

“Together, we can continue to show those across the country, around the world and here at home that West Virginia is the right place to make an investment and the Mountain State is a great place to do business,” Tomblin said. “Our continued economic growth and the enormous potential that lies ahead place even more urgency on developing a skilled workforce.”

Bishop said the road to change came from the local breweries in the state coming together and creating the West Virginia Craft Brewer’s Guild and fighting for change that would benefit each of the companies.

Several guild members, along with its lawyer, have addressed legislation to propose changes to the beer laws.

The Greenbrier Valley Brewing Company has been a part of the process from the beginning and is hopeful about legislation’s interest in the cause.

“We are currently a member of the Craft Brewer’s Guild and have been active in the proposed changes,” Bishop said. “We feel several of the affects of the current beer laws on a daily basis and hope to see changes soon.”

The details of Gov. Tomblin’s involvement and proposal to legislature are currently unclear, but craft brewers and the guild are hopeful for the future of the industry.