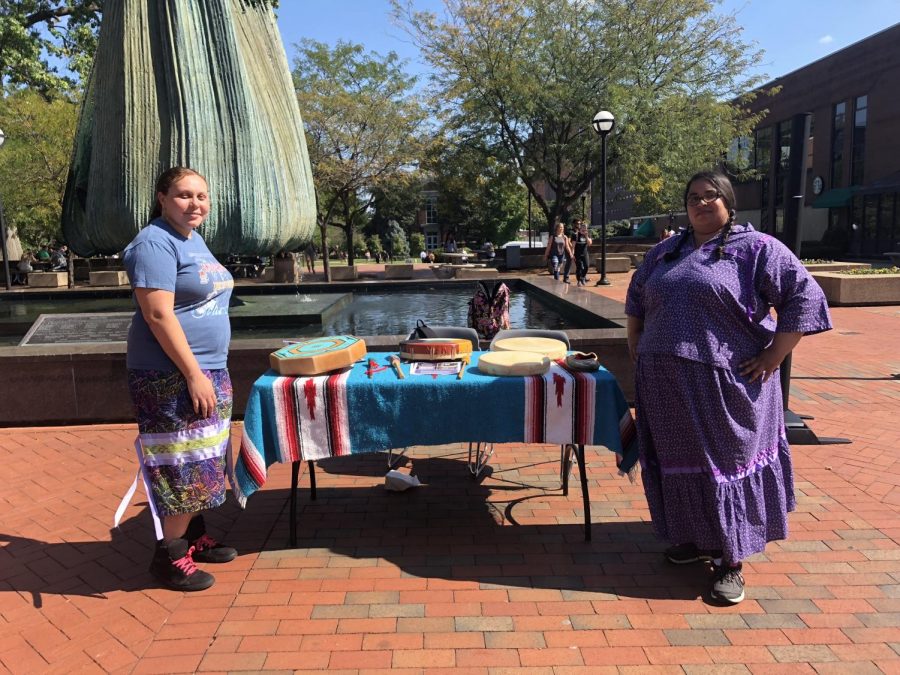 “It’s important to learn about different people and cultures because it enriches you as a person,” Autumn Lee, president of Marshall’s Native American Student Organization, said.

Lee, who is part of the Haudenosaunee people, said Indigenous Peoples Day is about celebrating native peoples’ victory of continued existence throughout more than 500 years of disrespect and oppression.

Lee said people should learn about other cultures because it will not only encourage them to learn more about their own cultures, but hopefully other new people as well.

“If we don’t take the time to learn about these things, it only brings out our ignorance regarding other cultures and leads us to be disrespectful,” Lee said.

She said there are countless historical examples of native peoples’ oppression, including the indigenous boarding schools in Canada and the United States, which have since been found to have amounted to attempted cultural genocide.

In these schools, Lee said, indigenous children were taken from their families and often abused, given new names, beaten and even raped or killed.

It is important for people to learn about indigenous peoples and cultures from reliable sources, such as those raised traditionally in native families, Lee said.

Karshara Spaulding, treasurer of Native American Student Organization and part of the Ojibwa-Cree people, said she too feels it is essential to learn about indigenous cultures from those living within them.

Spaulding said almost everyone believes in at least a few common misconceptions regarding indigenous peoples or their cultures.

“Our culture and history have been whitewashed,” she said. “Halloween and other mid-thigh fake buckskin or similar costumes are so disrespectful to indigenous peoples.”

Spaulding also spoke about the constant oppression faced by indigenous peoples throughout history and still today.

Under the current presidential administration, she said, native tribes are losing hundreds of acres of reservation spaces delegated to them under previous administrations, and not much is being done to prevent it.

“Additionally, for all other women, one in six will be sexually assaulted at some point in their lives,” Spaulding said. “With native women, the number is one in three.”

Spaulding said she feels indigenous peoples, despite constant oppression and unfair treatment, are still not adequately recognized or heard by society.

“It’s like we could go missing, and we would still just be ignored,” she said.

Lee and Spaulding said they agreed it is essential people educate themselves about cultures other than their own, furthering their understandings of people, the world and what is right and wrong.

“One thing I want people to understand about our culture is we are happy and peaceful people,” Lee said.

She said throughout the Standing Rock and Dakota Access Pipeline and similar protests, native people did not use guns or weapons, but instead fought back with music, medicine and other forms of peaceful dissent.

“It’s a common misconception we’re just some blood-thirsty, savage, scalping Indians, and that is not who we are at all,” Lee said. “We fight back with love, not hate.”