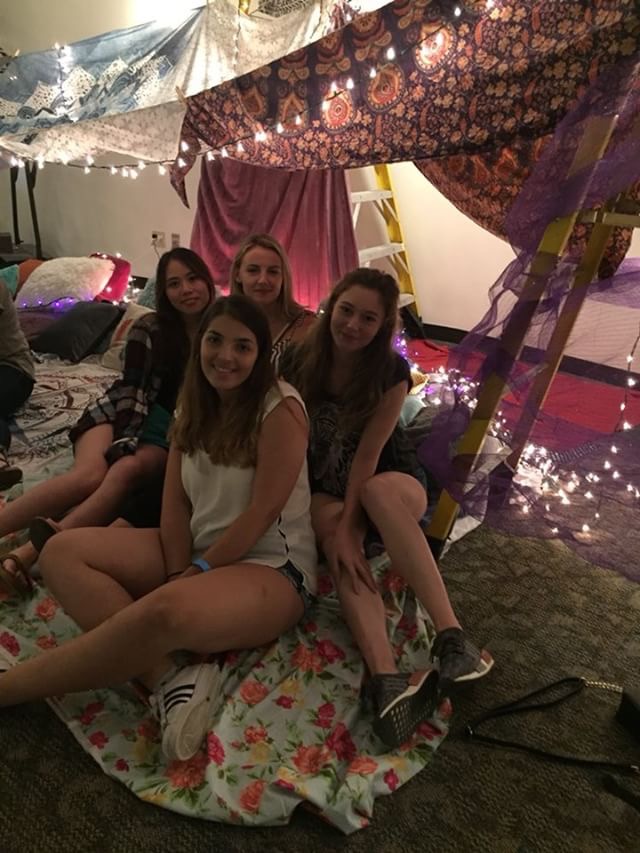 Aurore Danet is a junior studying at Marshall University to become an English teacher upon her return to Europe. Danet is from the small town of Lanester in northwest France, in the region called Bretagne, or Brittany.

“I think there are a lot of differences concerning the manner of study in the U.S. and in France,” Danet, who also attended the University of Rennes 2 in Upper Brittany, said.

In her university classes in France, there was usually only one exam per subject each semester, Danet said, and there are practically no other assignments, quizzes or homework to facilitate learning and reflect grades. Additionally, in France, she studied about eight to 10 different subjects at any given time, whereas her studies here are more focused, she said.

“In France, we have to learn so many things by heart and just remember them at the end of the semester,” she said. “So if we fail, we just fail.”

Another thing she said she appreciates about the American system is the freedom to choose all her classes.

“The thing is, here I get to choose my classes,” Danet said. “We get to choose what we want to study, and that is so cool. By having an interest in all my classes I’m taking, I will be enabled to get more involved and learn even more.”

Danet said she believes both the American and French systems of studying have positives and negatives, but it was a difficult transition for her to make. She said she hopes throughout her time in Huntington her French accent will transform into more of an American accent before she returns to Europe to teach the language.

One of the most interesting aspects to Danet about Marshall is how kind all the people in Huntington are to her, Danet said.

“The people are so nice here. When I need to go somewhere or ask about something, there is always someone willing to help me,” she said.

Danet said one of her favorite parts of attending Marshall is getting to learn about American culture in her classes. Danet said she is very thankful and excited about the opportunity to learn more about American literature and culture because they are so fascinating.

“I think my favorite class so far has been my multicultural literature class,” she said. “I have to read a lot, but I learn so many interesting things that I didn’t know about the culture here.”

Danet is also a runner, and she often participated in long-distance competitions in France, but she finds it difficult to run here due to the heat and humidity, she said.

“I arrived here in mid-August, and I’ve only run three or four times I think,” Danet said. “I am totally not used to the heat of Huntington.”

Danet is a member of Marshall’s French Club and said she is looking forward to representing her country at the International Festival that is to be held at 4 p.m., Oct. 27, in the Memorial Student Center.

Her main priority at Marshall is to validate her year of studying, Danet said.

“I chose to study English to become a teacher in France, and that is why I am here,” Danet said. “But I would love to travel the U.S. during the holidays if I can find time, and I can’t wait to learn more about West Virginia.”