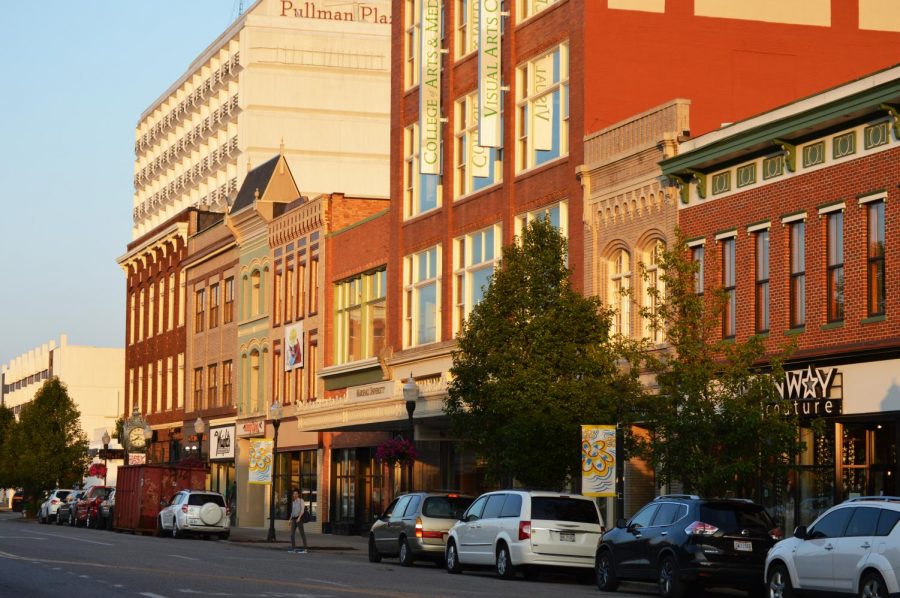 The Wi-Fi network, called “FREEinDOWNTOWN,” covers a two-block radius of downtown Huntington, including Pullman Square, and it has been available since Aug. 14.

“Having Wi-Fi for free throughout Huntington would allow students and residents alike to enjoy easy internet access,” Christopher Gist, a first-year student majoring in computer and information technology, said.

Gist said in today’s world, the internet is used for such a large variety of services like contacting friends and family, ordering a ride and checking one’s bank account, and he thinks people should not have to pay for those services.

Gist said he feels installing the Wi-Fi was a great idea, but he believes awareness needs to be raised because not enough people currently know about it. He said he plans to continue using the Wi-Fi every day for as long as it is available.

Albert Cover, a senior economics major, said he also feels it is important for all of Huntington to have free access to Wi-Fi because it is practically a necessity.

“The internet has become a basic necessity like water or electricity,” Cover said. “I, like a lot of people, don’t have unlimited data on my phone, so this Wi-Fi will really help me keep from going over my limit.”

Cover said many times he had been downtown and needed to check his grades or respond to a professor’s email but could not because he was out of service range.

“The radius should definitely be expanded,” Cover said.

Public Wi-Fi would be beneficial to people all over town when they are in a situation that requires immediate internet access, Cover said.

“Also, this could be especially beneficial for those who spend a lot of time downtown and those who may not be able to afford decent private Wi-Fi at home,” he said. “I think the city should try to inform more people about the Wi-Fi with fliers and possibly even email announcements. I have personally never seen either of those.”

Cover said he was confident in Huntington’s ability to expand the Wi-Fi to cover the whole town and keep it secure throughout the process.

“I’ve read about European cities doing this as well,” he said. “If it works well for them, I’m sure it can work great for us.”