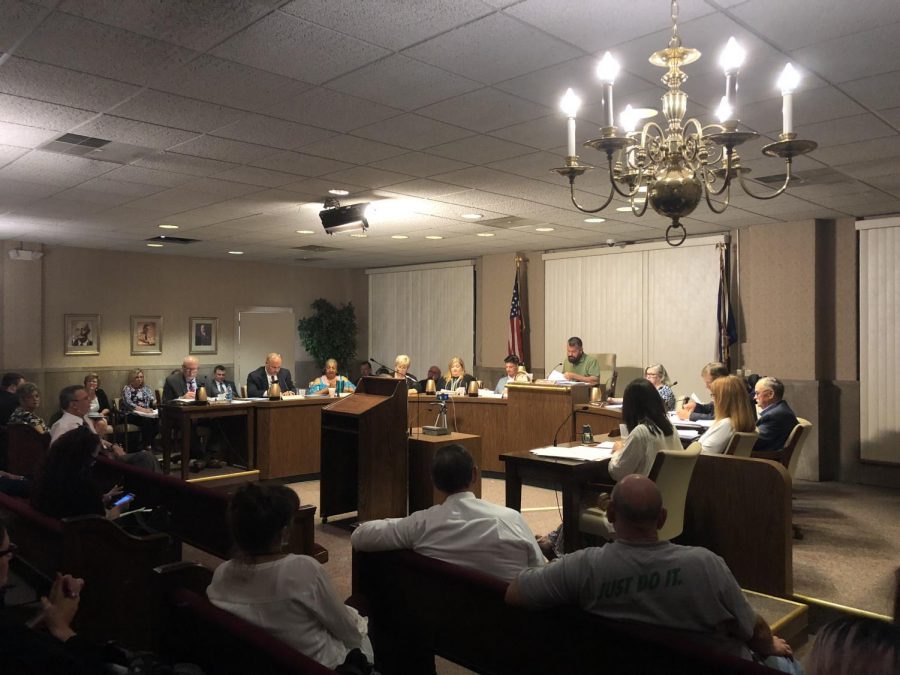 “It doesn’t matter who they are or what their socioeconomic status is, or who their landlord is, that’s why I’ll be supporting this ordinance.”

Penalties for landlords who fail to register their units could be up to $500 a month, according to the ordinance.

“The full intent of the ordinance is to provide protections and safeguards to the residents that live in rental property,” Bryan Chambers, city communications director, said. “And more particularly those that we have ongoing issues with.”

Amidst skepticism and disapproval from local landlords, the city council voted unanimously to enact the ordinance following an hour-long discussion which resulted when council women Joyce Clark and Tina Brooks were initially unconvinced.

“Good landlords truly feel that we are under attack,” Derrick Evans, a local landlord concerned about various aspects of the ordinance, said.

Evans said he understands why there is reason for concern, but he wishes the city would attempt to solve the problem based on individual complaints as opposed to punishing everybody by requiring that all rental units in the area be registered.

“You all said there are no registration fees but there are re-inspection fees,” Rogers said.

An initial re-inspection will cost $50, and further inspections could lead to $100 fines, Rogers said.

“If the reasoning for the ordinance is that substandard housing conditions become unsafe for the public and surrounding environment, then home owners should be forced to register as well,” Rogers said.

Council members and city officials remained largely convinced that the residential registration in the ordinance was the best way to ensure and promote general welfare in the area.

“It’s a one sheet form,” Clark said, “I don’t foresee this being cumbersome (for landlords).”

Council man Charles McComas said he couldn’t see any reason why landlords would be against the ordinance.

“I wouldn’t mind them coming to inspect my home any time,” McComas said.

Matt Winters, city fire marshal, said, “This ordinance is not a punitive measure against local landlords and is necessary to avoid senseless tragedies. It allows us to deal with properties we have problems with daily.”

Assistant City Attorney Ericka Hernandez also spoke about the benefits of the ordinance for the university and its students.

“Preventing needless tragedies and disasters that result from sub-standard housing issues is the main concern of the inspectors,” Hernandez said. “Those are the kinds of things that keep our inspectors up at night.”

Local landlords will be expected to register within 90 days after the ordinance’s passage, however, it is likely that not all properties will be inspected within the first six months, Hernandez said.