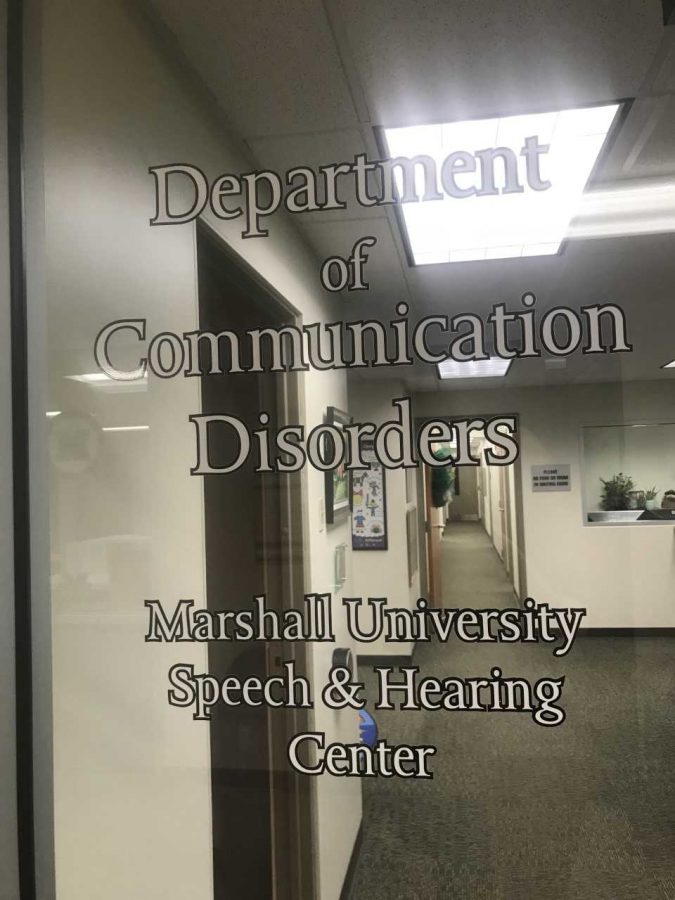 Marshall University's Speech and Hearing Center, located in Smith Hall 143, is now offering a voice treatment for those with Parkinson's Disease.

Marshall University’s Speech and Hearing Center is offering a new voice treatment for individuals with Parkinson’s Disease. The treatment is separated into two parts, with the first portion, titled SPEAK OUT!, consisting of 12 individual sessions with a speech pathologist over the course of four weeks. The second portion, called the LOUD Crowd, begins at the completion of the first section and is a free, weekly group therapy.  The Speech and Hearing Center is the first clinic in the state to offer the new treatment.

Ernay Adams, a speech-language pathologist, attended the Speak With Intent symposium sponsored by the Parkinson Voice Project in Dallas, Texas, earlier this summer, and said she learned a lot about the new treatment method and how it works.

“The voice treatment is based upon the principles of Dr. Daniel Boone, and what we know with Parkinson’s Disease is that it’s caused by a reduction of dopamine,” Adams said. “Dopamine controls our automatic functions, like speaking and swallowing, and that’s controlled deep within the brain. But, when we change our speech into more of an intentional act, we are able to focus on a different part of the brain that is not impacted by Parkinson’s Disease. So, we are focusing on having the clients speak with intent because if they make their speech intentional versus automatic, they’re going to sound much better.”

Adams said the center is seeking clients to begin the treatment process, and those interested in receiving the therapy may contact their physicians.

“[They] would go to their physician and request an order for speech therapy,” Adams said. “I would say most physicians would be willing to give them an order or prescription for speech therapy, and then they would contact us. We would need that prescription, but then we should be good to go after that. They would call, and we would set up the evaluation appointment. Obviously in regard to when they could come or can’t come.”

During her time at the Speak With Intent symposium, Adams said she saw positive results from the SPEAK OUT! and LOUD Crowd treatments.

“Being at the Parkinson’s Voice Project, I got to see probably 30 people who are involved in the LOUD Crowd portion, and their voices sound amazing, and a lot of them you wouldn’t be able to tell that they even have Parkinson’s Disease,” Adams said. “And so, it definitely made me a believer, and gave me the drive to want to come back and provide that to this area, to help these people.”

Marshall’s Speech and Hearing Center also offers many types of treatment, and Adams said the center treats patients of all ages.

“We treat the lifespan,” Adams said. “The youngest patient I see is 17 months old, and we have people come here who are in their 60s and 70s. Any type of communication, swallowing or voicing disorder, we basically treat it or evaluate it here. We also have an audiologist on staff one day a week to perform hearing evaluations, anything, any speech or hearing service that someone would need, we have it here.”

Adams said she is excited to get Marshall students involved with the Parkinson’s Disease voice treatment as well.

“I’m a therapist, and I will be the main one providing the therapy,” Adams said. “Obviously we are a student-based clinic, here at Marshall, and we do train the next generation of speech therapists. While we’re just getting started, I will primarily be the one to provide the therapy; we are looking at incorporating students in the future, but I will definitely have more of a hand in that process than I normally would with other types of therapy. This is something we’ve got to get right.”