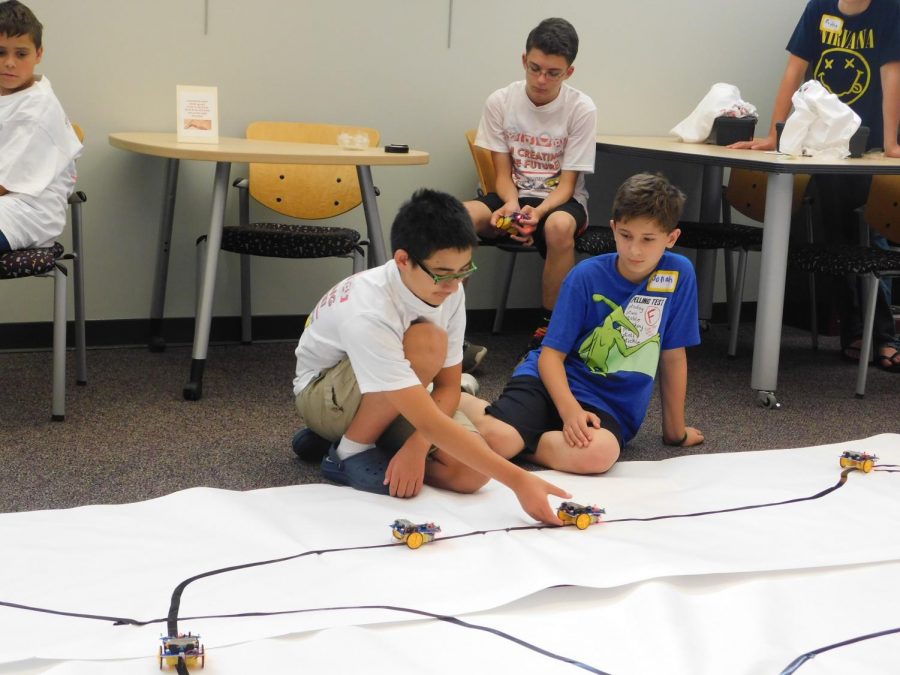 The Robert C. Byrd Institute is working to onboard a new generation into 21st century opportunities throughout the state with 3D Printing and Maker Camps for middle and high schoolers at their Huntington, South Charleston and Bridgeport locations.

Although these camps occur each summer, this year’s programs featured more advanced technology and complex components such as robotics and soldering.

Deacon Stone, Maker Vault and STEM Education Coordinator at RCBI, said these sophisticated week-long camps teach kids to create as well as think on their own.

“The goal in these revamped camps is to throw them into the deep end and let the water teach the swimming and be there to scoop them out if they need us to,” Stone said. “So our philosophy here was really they can go. We can cram in 3D design and printing into one week. They custom designed and printed objects the very first day.”

While 3D printing was a very important component of the camp, what campers at the South Charleston program said they were most excited about was their creation of robotic cars.

“Making our own line following robots was fun,” Ethan Blackburn, a student at Winfield Middle School, said. “I’ve never really done any of this before. It was a real experience here.”

Jarrett Jones, a student at Bible Center in South Charleston, said some of his favorite parts about the experience were learning 3D printing, soldering and electronics.

“For the electronics part we made a robot that will follow a line,” Jones said. “Then for 3D printing we made a nametag, then we got to print something we made or found on the internet.”

Camp counselor Rachel Cochenour said the program has really developed into a complex camp compared to when she began volunteering four years ago.

“We started just with 3D printing, and each year we were trying to perfect the year before and make it easier,” Cochenour said. “This year with Deacon on board adding that maker aspect to it with soldering and robotics and things like that, it just completed it. You learn a lot more, a larger variety, and it’s the same amount of time and it’s a lot of fun.”

Cochenour said it is important to get kids interacting with technology at such a young age.

“They’re so eager to learn,” Cochenour said. “But also there are so many opportunities with this, so even if you’re not interested in it exactly there is always something you can learn from it.”

Cochenour said the staff hopes to one day have specific camps for middle and high schoolers instead of combining the two.

“There are a lot more programs geared toward younger kids and older kids specifically,” Cochenour said. “And even with the older kids, they use programs that they actually use at RCBI, so it’s career-ready almost.”

Campers had the chance to show off their creations and newfound knowledge to both family and the public at a ‘Mini Maker Fest’ at the end of each week.