Where Marshall Can Take You: Study Abroad in Spain 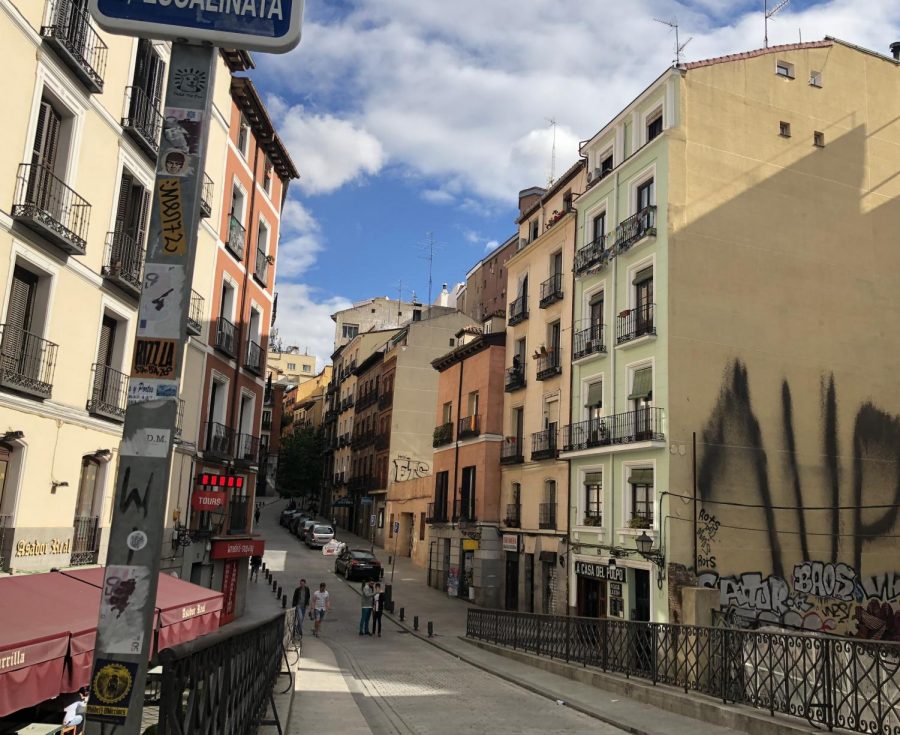 Sarah Ingram, FOR THE PARTHENON

Is there a better time to travel the world than during one’s college years? I don’t think so. After college people grow up and get married, get serious jobs, have children and have so many more excuses to put off exploring the world. I know I may not be able to do whatever I want whenever I want one day, so when I learned about studying in Spain for part of the summer, I knew I had to take the chance. Now, one week after leaving the only country I have ever known, I sit in a cafe in Madrid and wonder if I ever want to return to the United States.

Roughly eight months ago, a professor at Marshall University  spoke to my Spanish class about an amazing opportunity to study in Spain at La Universidad de Nebrija. She told us all about how students plunge into the culture and language and many return with new outlooks on life. I immediately decided that I wanted to go because I may never have another opportunity to see Spain, at least not before I am the one that has to pay for it all.

Over the next seven months, I did everything I could to make sure I could travel. I talked to my professors about how studying in Madrid would help with my Spanish minor, I made sure to get a passport and I asked my family for investments in my trip instead of any Christmas or birthday gifts for the next two years.

I arrived in Spain on Sunday, June 3 not knowing what to expect. Not only was my trip here the first time I was leaving the country, but also my first time flying on a plane. With mixed feelings, I arrived unsure of what the next month had in store for me, but definitely not thinking it would consist of even half of the excitement I have experienced  in just one week.

On the first day of classes everyone was given a test to make sure we were prepared for the courses we would be enrolled in. The program accepts students just beginning their studies as well as students who are extremely advanced speakers. This past week, I have attended classes taught 70% of the time in Spanish. My professors are great for me because they challenge us but are not trying to make the course so difficult that we fail.

I live with a host family that consists of my lovely host parents, Juana and Monolo, as well as another student in the program from California, Aurora. Aurora speaks Italian, English, and is basically fluent in Spanish, so there are many times the three of them are talking and I’m just trying to keep up. Lucky for me, Aurora can translate when necessary, but I have learned so much in just one week that I am understanding more than what I did before I arrived.

After only one week, I have seen a lot of Madrid. The program I enrolled in allows for a significant amount of time to see the city while also having time to do my homework. Classes are offered at different times throughout the day, so depending on a person’s skill level, they may have the entire afternoon or time before and after class to explore the city.

Before and after classes I go exploring. I have found cute boutiques as well as wonderful cafes and restaurants. After a week, I have realized Madrid is both bigger and smaller than I thought it would be. By this, I mean in one week, I have walked through at least half of the city. I never had a set destination in mind, so I can spend the next three weeks thinking back and deciding what I want to see again, in addition to the other half of the city.

While I have not been in Spain for long, I already view it as an amazing experience that is completely worth looking into. There are similar programs all over the world that students can study their preferred interest if they are not majoring or minoring in Spanish. If any students would like more information on studying abroad, during the school year or next summer, a good place to start is the Office of Study Abroad.