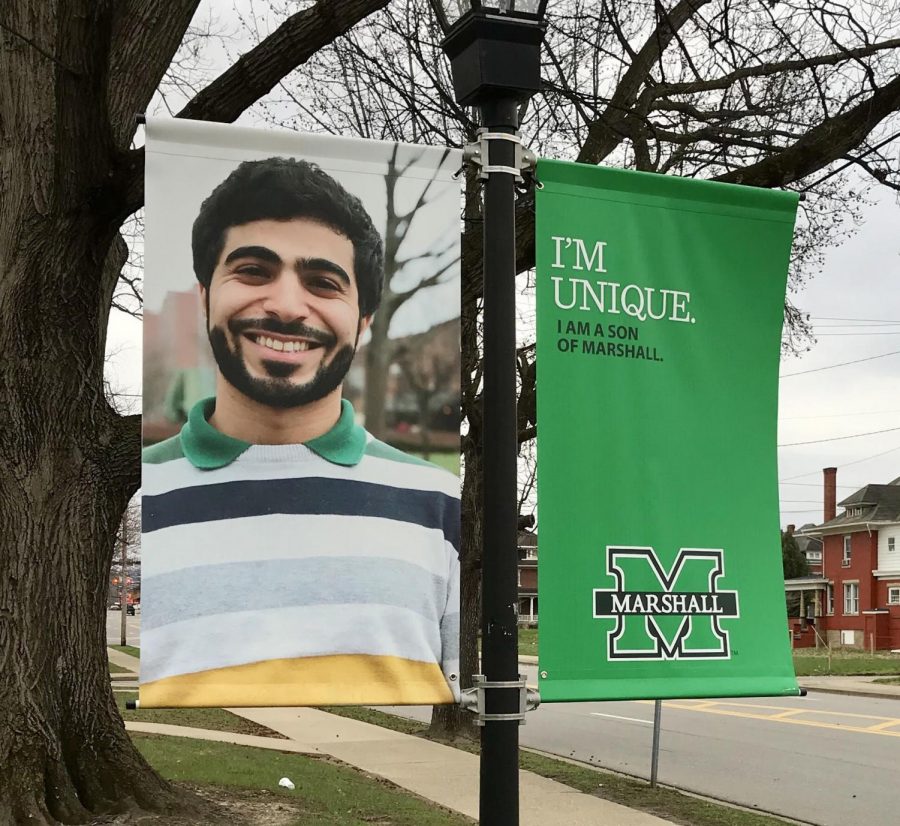 This is the second year the campaign has been awarded a title, winning an award last year for the overall campaign during its launch.

Ginny Painter, senior vice president for communications and marketing, said the campaign stands out from others because it is so genuine.

“We’re using real students and not stock photography,” Painter said. “I think the theme is different enough, no other school does it, and it makes us stick out. Those big ‘hero’ images of people’s faces, I think that’s very striking as well.”

Painter said the campaign captures the essence of what Marshall has to offer to students and faculty alike.

“It’s been fun to work on, it’s about who we are at Marshall, and I think lots of times when you roll out a new marketing campaign some people say ‘oh, I don’t like that,’ or ‘that doesn’t speak to me,’ and we haven’t heard that at all with this campaign,” Painter said. “We feature real people, real students, and that’s what’s been fun about it.”

TWG Plus, a higher education marketing agency out of Austin, Texas, helped take the idea to the next level.

“They’re the ones that helped us take the idea and develop the look that we have now,” Painter said. “We still work with them on a regular basis. They help develop some of our recruitment materials, but once they were able to help us develop the look and the language that we use, we were able to take on the rest ourselves and do it.”

Painter said all research done prior to the campaign’s creation pointed toward the “sons and daughters” theme.

“We had a marketing firm come in and do research, and they did focus groups with students, alumni, faculty, staff and members of the community,” Painter said. “They said ‘we had the weirdest experience in the first few focus groups, people kept saying ‘I’m a son of Marshall,’ and then the next focus group someone would say ‘I’m a daughter of Marshall,’ and it was right in front of our faces. It was funny because we had taken that for granted, but it really is very special.”

“We’re always looking for students who want to talk about their Marshall experience and what it’s been for them,” Painter said. “We’ll take their picture, we’ll do a little short interview with them, and who knows, they could be on the next billboard or next newspaper ad.”