‘End It’ movement calls for end to sex slavery 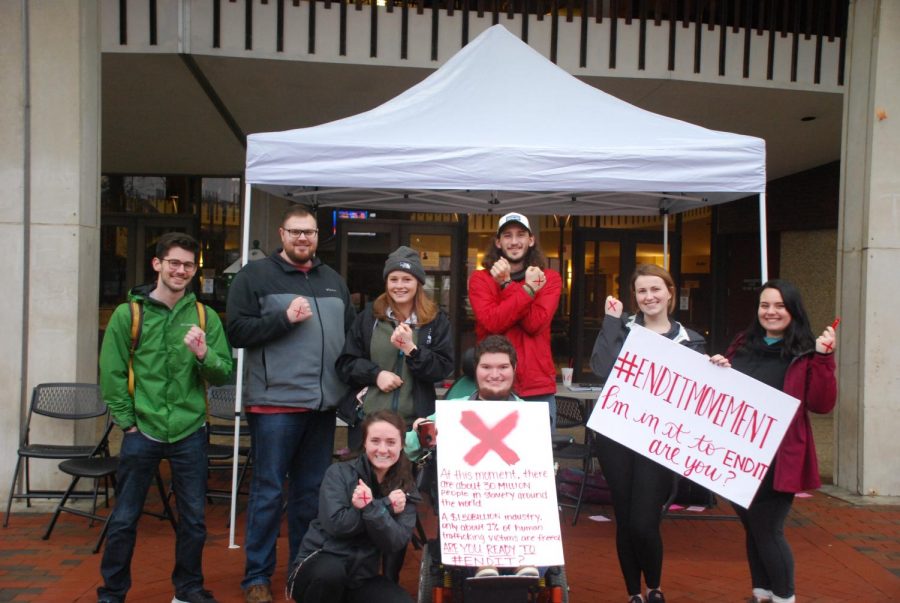 “When a lot of people do a little, it adds up and makes a difference.”

This quote from Christine Caine, the founder of A21, an organization focused on fighting human trafficking, has been an inspiration to the members of Baptist Campus Ministries as they hope to raise awareness for those trapped in modern day slavery.

Jake Bradley, a senior marketing major, helped coordinate the event. Bradley said he wanted to help those who are unable to speak up for themselves.

“The first time I heard the numbers for the amount of people trapped in slavery,” Bradley said, “it made me feel uncomfortable. I felt the need to stand up for those people who don’t have a voice.”

Ethan Miller, a sophomore nursing student, said he wants to raise awareness, because people of the community do not always realize slavery is still happening today.

“In the United States, we preach about freedom,” Miller said, “but then you realize that all these people, their lives are being bought and they’re being forced to do things, and it’s awful”

The students at the tent outside the student center have made signs and provided bracelets for students. Students are also showing support for the cause around campus by displaying a red “x” on their hands.

Brandon Cavendish, a sophomore digital forensics major, is one of the members working to get people talking about the issue.

“The main thing people can do is make others aware of it,” Cavendish said. “There are also organizations that help. Those like A21 and World Vision work to help end slavery.”

“A college campus is very versatile,” Ferris said. “Not only are you getting one race, or one religion, but you get everyone in between. Somewhere in the mix, you can find someone that has the ability to make a difference.”