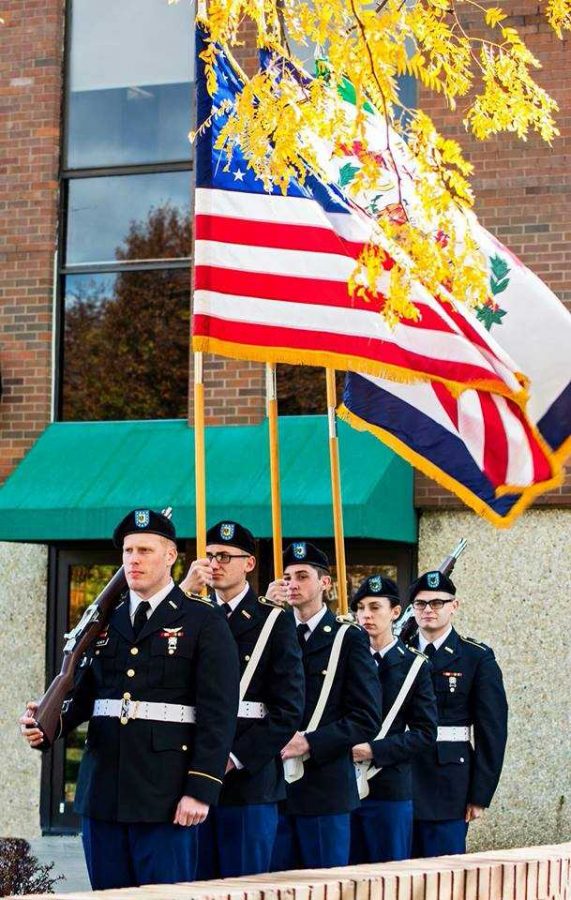 Kyle Frazier (front) was chosen for the program because of his GPA, physical fitness scroes and the sufficient skill he showed in foreign language.

Kyle Frazier is traveling to Peru this summer as part of the ROTC’s Cultural Understanding and Language Proficiency program. Frazier, a junior criminal justice major and three-year ROTC member, was selected for the summer program because he met the requirements of the Order of Merit List test which included satisfactory GPA and physical fitness scores as well as a sufficient knowledge of foreign languages.

The nationwide CULP program sends ROTC cadets to about 20 countries each summer, and the countries are randomly selected for each cadet. The goal of the program is to encourage cultural awareness and the ability to speak and learn foreign languages as well as become more educated about another country and its military.

Cadets from around the U.S. who travel to foreign countries as part of CULP do so in teams. Frazier is part of team number five, and four other teams have already traveled to Peru.

“We’re going to see Peru’s military and how they function as a whole, because Peru is the state of West Virginia’s sister state,” Frazier said. “If they are in times of need, we send support and vice versa. They’re always here doing military training.”

Frazier, a Buffalo, West Virginia native, said he is excited to have been selected for this experience, but he has not yet been briefed with all the necessary information which is something he is looking forward to receiving.

“My orders start on July 10, and I don’t leave for another two to three days due to air traffic,” Frazier said. “I’ll be there, in Peru, for like 28 days. I come back around August 11. I’m excited to go there but not excited for all the paperwork I have to fill out. Right now, I haven’t actually been told that much; it’s still early in the phase. It’s pretty much going to be working hand in hand with their military, I assume it’s their army. What exactly I’ll be doing there depends.”

As well as the learning opportunities and the ability to gain military experience, Frazier said he is most looking forward to visiting Machu Picchu, and he wants to take a selfie with a llama.

There are various other summer programs offered to ROTC members including the Cadet Troop Leader Training experience where cadets can shadow lieutenants anywhere in the world. Sophomore cadets can also participate in a summer camp which helps them transition and prepare for the senior ROTC program.

For students considering joining the ROTC, Frazier said he has some advice to offer.

“Give it a shot, there’s no obligation, so you can always do it as a freshman class,” Frazier said. “It does take a little time every now and then, but it’s worth it. We do some fun things. There are basketball games we go to, we work football games, you get to meet a lot of new people you wouldn’t think you could, and it’s great for connecting.”