The Marshall Artist Series Fall International Film Festival kicked off another season Thursday evening with a double-feature of European cinema from 2016 that presents two distinct views of war. “Frantz,” a German and French co-production about coping with death post-war, and “Their Finest” a British comedy about the making of a propaganda movie. 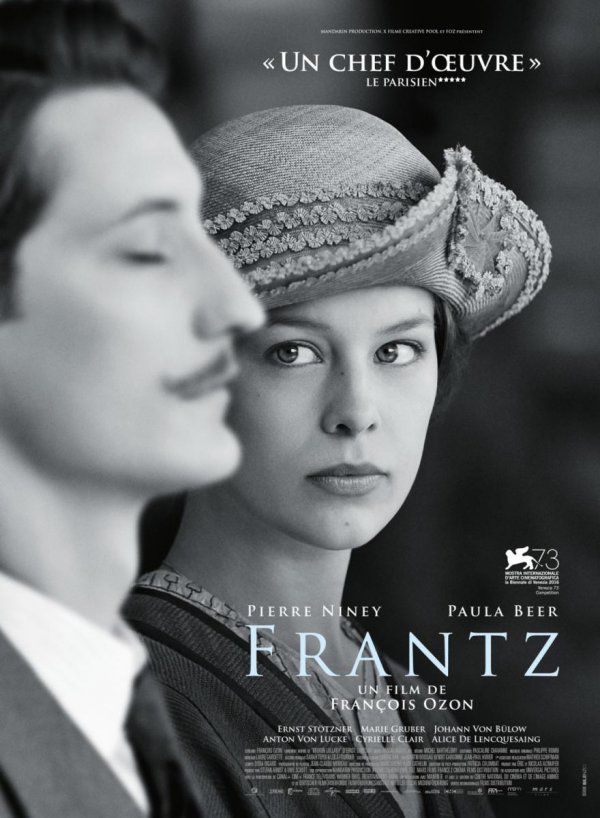 In Germany after the war, World War I, “Frantz” begins by following Anna (portrayed by Paula Beer) who is mourning the death of her fiancé’, the titular Frantz. Eventually Adrien, a Frenchman, visits the grave too. Anna and Adrien begin to speak and eventually a bond forms between the two, and Frantz’s parents, with the local German community doesn’t take well to this due to the German loss. Though there is more to Adrien than the rest of them know.  The plot grows with lies and secrets being exposed, though no more can be said without spoiling the film.

The strongpoints of “Frantz” lie in performance and visuals. Paula Beer, in her first starring role, leads a stellar cast. The feeling of coping with loss, from all sides of war, is felt throughout all performances. Beer truly stands out as someone who’s emotions are being toyed with. The second-best performance sits with Ernst Stötzner as Frantz’ father, Doktor Hoffmeister. Stötzner shines as the originally stern father, not willingly to welcome a Frenchman who grows to treasure Adrien.

Presented in beautiful black-and-white, the film, despite being released in 2016, feels like it could’ve been made decades ago. That’s not surprising once learning that “Frantz” is a remake of the 1932 American film “Broken Lullaby.” The film occasionally, seamlessly, slips into colors to highlight a flashback, or a particularly happy moment in the otherwise coping filled lives of the characters.

Some of the cuts don’t make sense, and the pacing feels rushed at times, and too slow at others, but stellar performances, an enticing mystery, and stunning images make “Frantz” an incredible movie worth viewing. 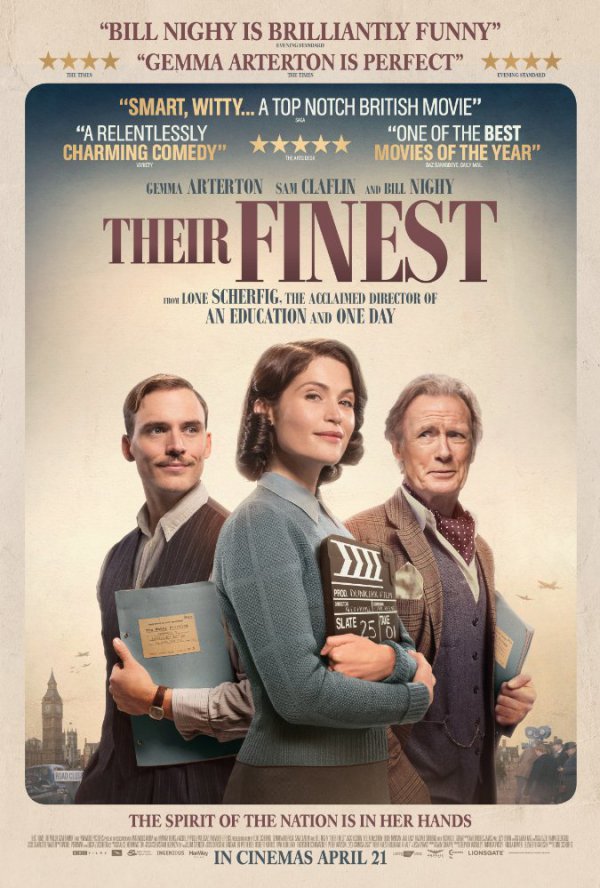 During World War II nearly 30 million British citizens visited the movie theater every week, that being the reason why the British Ministry of Information sought out to release morale-boosting propaganda films into cinemas. After a string of unsuccessful films, Catrin Cole (Gemma Arterton), is brought in to give a needed women’s touch to the scripts. Cole fights for respect while holding her own ground in the male-dominated field while dealing with actors and government demands in this ensemble comedy.

Arterton is brilliant as Cole, never under-or-overselling the part while appearing in the majority of the film. It comes as no surprise that veteran comic actor Bill Nighy, portraying aging actor Ambrose Hilliard, steals nearly every scene he is in.

At times, the color of the film feels a bit dull and muted, though this is not the sort of film one goes to because they want to look at something that looks cool, they go to it to laugh. Luckily the comedy, though never off-the-rails, or massively overt, is the strongest point of the sometimes-sappy script.

The film includes the quote, “Once in a while you just need to make one that’s worth it, worth the hour and a half of someone’s life it’s gonna cost them to see it.” This would tragic if leaving the nearly two-hour film I felt like my time was wasted however that is not the case, “Their Finest” is a good example of British comedy that could shine in front of American audiences.