Marshall student under review for bathing naked through Memorial Fountain 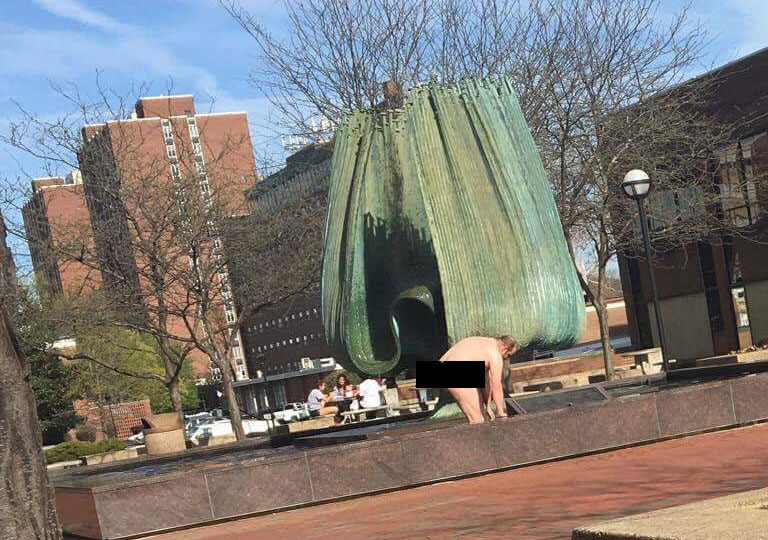 Officers were called to the Memorial Fountain outside the Memorial Student Center Sunday around 5 p.m. to a man who was walking through the water of the fountain naked in front of several students and others.

According to MUPD Chief Jim Terry, officers found the man in his underwear when they arrived and determined the individual was not under the influence of drugs or alcohol.

The man is a current student of Marshall and the case is being dealt with internally by Marshall’s Judicial Affairs, but Terry said he is “not criminally charged at this time.”