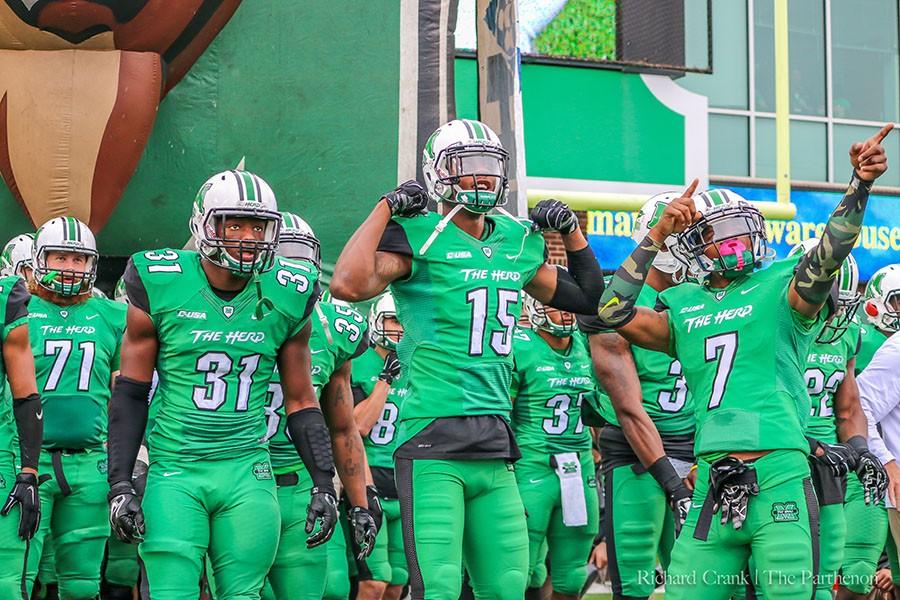 The Marshall University football team prepares to take the field for its Homecoming Game against the University of North Texas during the 2015 season.

Practices are tentatively scheduled to be held at Edwards Stadium. All practices are open to the public.