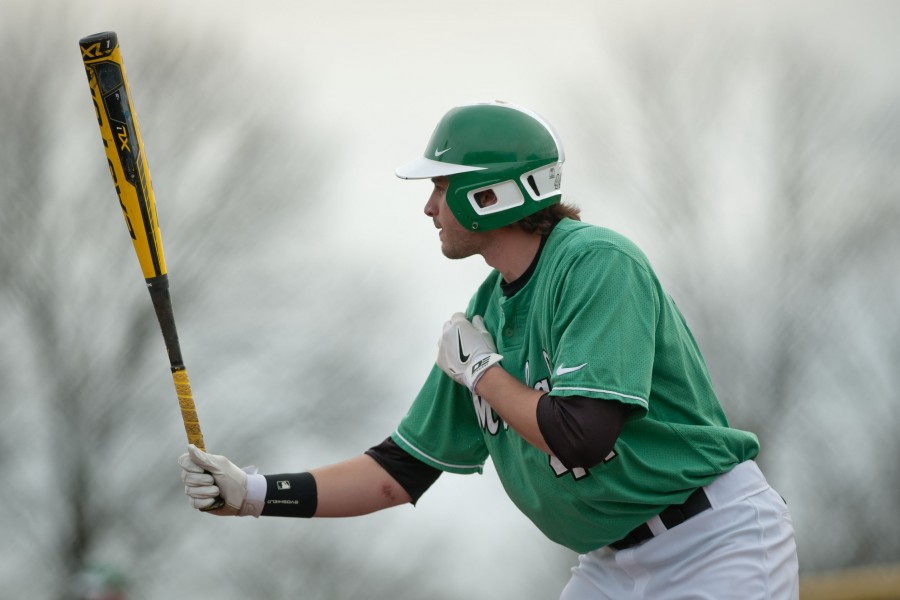 The Roadrunners looked like they were going to start hot, getting runners on base early in the contest, thanks to a first inning double and single. But, Marshall’s defense and quality pitching by Patrick Murphy held the visitors at bay.

After the initial surge in the top of the first inning, pitching took over for both sides, as each team’s arm held the other side scoreless through the first three innings. Marshall broke the tie in the fourth inning, bringing one runner across the plate off a Reynaldo Pastrana RBI ground-out.

The pitching duel carried until the seventh inning when both teams’ bats came alive. Murphy, showing clear signs of fatigue, walked the first batter he faced and after several two-strike foul balls, gave up a base hit to UTSA’s Bryan Arias. Arias, as well as the Roadrunners’ Tony Beam, scored later that inning as UTSA took the lead 2-1. Murphy was taken out following the sixth inning, ending his day having given up eight hits and five strikeouts.

Matt Reed entered the game in the seventh inning, and although two runners scored, it could have been much worse for the Thundering Herd; the Roadrunners had the bases loaded with no outs in the top half of the inning. Reed successfully pitched out of that jam, as Marshall headed to the bottom half of the inning trailing by one run.

In the bottom of the seventh, the Thundering Herd rallied to reclaim the lead. Pastrana opened the Herd’s half of the inning with a lead-off single. An E5 error allowed Billy Sager to reach base on the next at-bat, putting the tying run, Pastrana, safe at second. After showing bunt, Shane Hanon singled up the middle, scoring Pastrana to tie the game. Later in the seventh, Andrew Zban scored the soon-to-be winning run after Will Ray hit into a fielder’s choice.

Reed only pitched the seventh inning but earned the win, his third of the season. Ray later entered in the eighth as the closer and was officially credited with the first save of his career.

With the win, the Herd improve their record to 10–7 overall and 2-1 in Conference USA play.

Marshall will be on the road for the next four outings, starting with a trip to Knoxville March 22 to take on the Tennessee Volunteers of the Southeastern Conference. The Herd then travel south for a three game series against C-USA foe Southern Miss starting March 24.