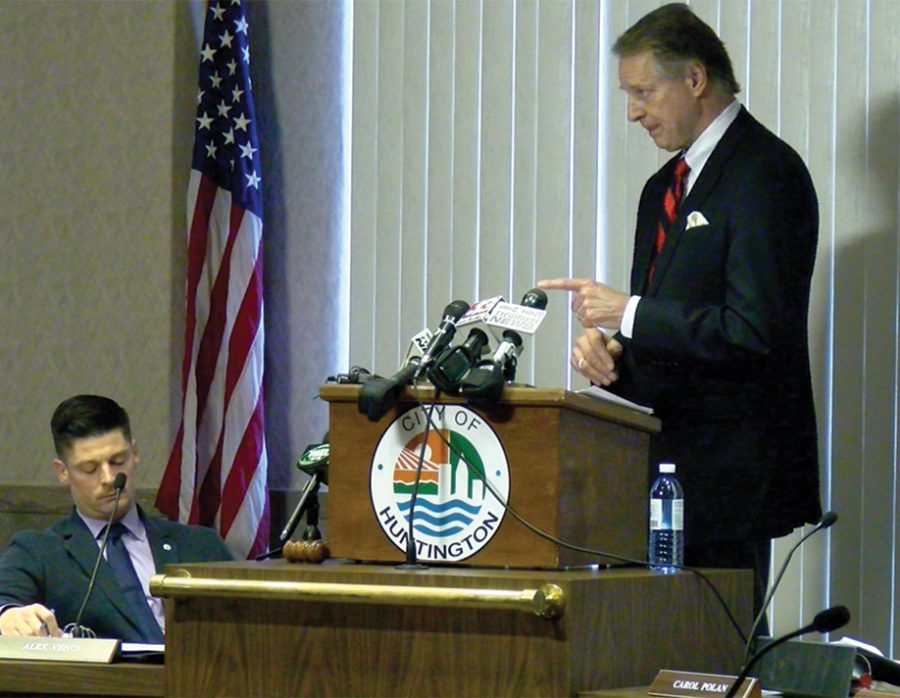 Mayor Steve Williams gave his first State of the City address of his second term Wednesday, which championed a spirit of hope and resilience for the City of Huntington amidst the city’s projected budget deficit for the fiscal year.

“We are aware of the financial crisis that we have been working to address,” Williams said. “What should be noted is that our original projected deficit of $6.1 million has been whittled down to practically zero in less than a month, and it’s been done without a tax or fee increase.”

The projected budget deficit has been cut to about $122,000, after the city made swift actions to alleviate its financial burden. These actions led to controversy after 24 employees of the Huntington Police Department and Huntington Fire Department were laid off.

Williams announced in his address that he hopes to provide those affected by the layoffs their jobs back. His office has applied for a SAFER Grant, in partnership with the firefighters’ union, in an effort to get the laid off firefighters back in service, but announced no concrete plan in place for bringing the displaced police officers back to work.

“Health care and pensions make up 45 percent of our budget,” Williams said. “We must reduce the cost of our health benefits. Our health care costs are being reduced by 20 percent in this proposed budget.”

Councilman Alex Vence, who recently made headlines for forfeiting his city council salary in lieu of recent events, said he feels confident the city will overcome this financial crisis.

“It’s important to identify your problems, “Vence said. “Then you can own them. And I think it’s also important that [the mayor] indicated that there are twelve heads with different ways of thinking. And if you put those heads together, there is no challenge I’m confident that we can’t overcome.”

Council Chairman Mark Bates echoed Vence, confident in the ability of the mayor and city council working together to fix this problem.

“We’ve hit a bump in the road, and unfortunately there was a lot of false information out there,” Bates said. “This has been challenging on every one of us. The mayor is resilient in his vision for the city, and this council feels the same way. I often say that we all have the same destination in mind. We may take different paths to that destination, but we’ll get there.”