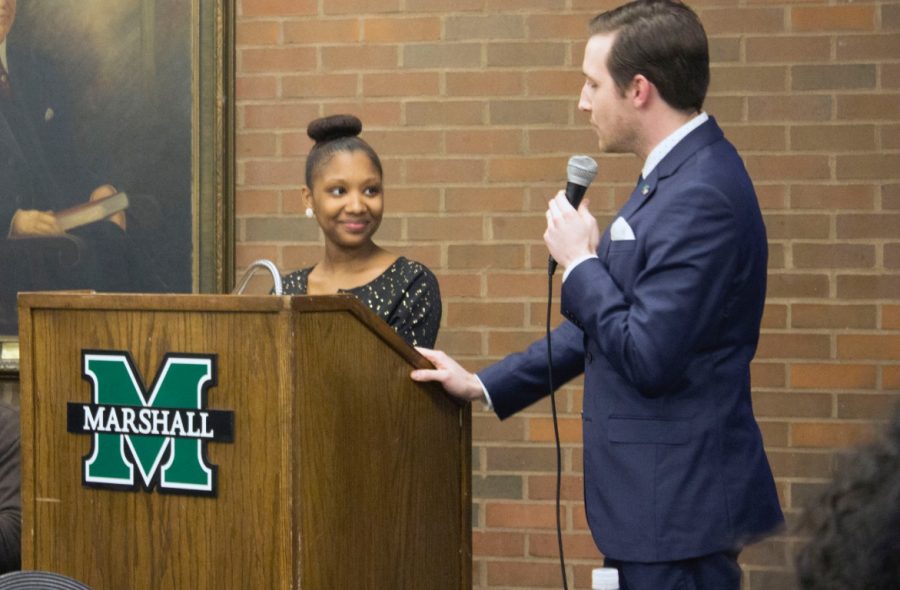 The event was one of several that BUS has organized in observance of Black History Month.

Tyson said an event such as this holds equal value for students of any race.

Jackson is a pastor of The First Baptist Church of Huntington, the city’s oldest historically black church.

“Any time that we get to hear a perspective that is different from our own, there’s value in that. There’s growth in that,” Jackson said. “It helps for us to have a more well-rounded perspective on how we treat each other from one day to the next.”

Questions directed to the panel by the hosts often had to do with the identity that comes with being black in America.

“You have to be willing to build a bridge to understanding,” Jackson said. “If everybody is the same, everything will be the same.”

Often the panel discussed attributes of the black community that they felt were being appropriated.

“They will give a new name for the things that African-Americans have been doing for centuries,” Thomas said. “But the moment we do it, it is frowned upon.”

Thomas said white and black people “can do the same exact thing, but there will be a different name for it, and I find that unacceptable. It’s going to be one, or it’s going to be none.”

Tyson said she was very happy with the turnout, adding that “we had really great numbers, so great that we’re going to do this again.”

Austin Creel can be contacted at [email protected]