Charleston Mayor under fire for comments about Senator Sanders 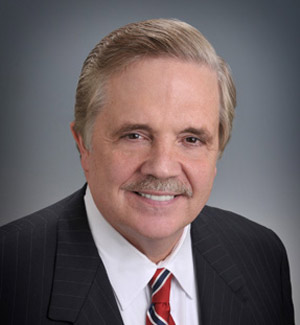 Mayor of Charleston Danny Jones is now receiving criticism over comments he made about Vermont Senator Bernie Sanders Monday morning on his radio talk show on 580 WCHS.
Jones’ talk show is on from 9 a.m. to 10 a.m. Monday through Friday, where he discusses topics such as the state of Charleston and general politics. In Monday’s episode, he discussed the appointment of President-elect Trump’s pick for U.S. Attorney General Jeff Sessions. In this, he was discussing how top Democrats should stop trying to oppose the appointment of Sessions.
“Jeff Sessions is going to be attorney general. And I would say to Senator Schumer and Senator Warren and Senator uh, Bernie, the Jewish guy I want to drop on the Gaza Strip, Bernie Sanders, to say get over it, OK? Get over it,” Jones said.
Jones said he made those comments based on Sanders’ stance on Israel.
“My show is very pro-Israel, Bernie is not,” Jones said on the show. “(If) he wound up at Gaza, they would cut his head off.”
Gaza is currently controlled by the terrorist organization Hamas, which is an anti-Israeli group. Gaza lies between Israel and Egypt and the U.S. in years past has supported Israel, but Jones said he thinks the U.S. has turned against Israel because of people like Senator Sanders.
West Virginia delegate Mike Pushkin called in to Jones’ show to comment on Jones’ statements. Pushkin is the only Jewish member of the West Virginia Legislature.
Pushkin said he was taken aback when he heard Jones on his morning drive.
“I was surprised to hear what Mayor Jones had to say,” Pushkin said. “He’s not just a talk show host, he is a four term mayor and was the sheriff before that.”
Pushkin said when he called into Jones’ show, the mayor gave him a “half-hearted apology.” Jones said he would never use the “J-word” (Jewish) again.
“Mayor Jones has always said what was on his mind, and I think a lot of people find that to be an admirable quality of his,” Pushkin said.
The delegate said comments like this, and the similar situation with the town of Clay’s mayor, are a part of what our culture is becoming.
“It seems as though there has become a culture where it is OK to say things that are inconsiderate,” Pushkin said.
Pushkin was a known supporter of Senator Sanders’ presidential campaign, and said he would never say something like this if the roles were reversed.
Mayor Jones was not available to comment on Wednesday, and officials in his office said he will be out for the remainder of the week.