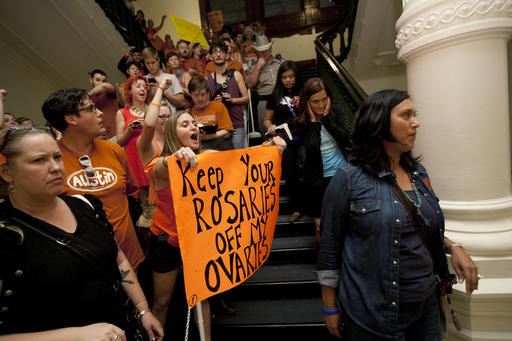 Ohio lawmakers have passed what is being called the “Heartbeat Bill.” The bill states that a woman cannot get an abortion in the state of Ohio after six weeks of being pregnant. This will be the strictest legislation on abortion to pass in nearly 20 years.

The bill is being called the “Heartbeat Bill” to represent the heartbeat of a fetus. Many conservatives believe this is when the fetus becomes a life and that it is inhumane to kill the fetus at this point. It takes about six weeks to first detect the heartbeat, thus the six-week window to abort a fetus.

Ohio Senate President Keith Faber told reporters Wednesday that he believes with the new political dynamic of the country, the bill has a strong chance of beating any legal action that may come.

“One, a new President, new Supreme Court justice appointees change the dynamic, and that there was consensus in our caucus to move forward,” Faber said. “I think it has a better chance than it did before.”

For women, this could be the beginning of change across the country in how states will legislate abortions.

Leah Toliver, director of the Women’s Center at Marshall University, tells students who come to her that if they are worried, then they need to utilize their representatives.

“One of the things I tell people is that if they are concerned, then they need to be more vocal and engaged with their representatives,” Toliver said. “If you’re trying to get more involved, then find political organizations or other organizations that are working toward the efforts that you want to promote.”

Toliver said she sees this as a slippery slope, not just for pro-choice legislation, but controlling people’s healthcare as a whole.

“Personally it concerns me when we start limiting access to healthcare. I want those decisions to be made by a patient and their medical provider,” Toliver said.

Pro-life Ohio Governor John Kasich said he believes there are some constitutional issues with the law. He has also said there are exceptions for abortion when a woman is raped, incest or if the life of the mother is jeopardized.

The bill has been passed on to Kasich and it will be up to him if he will pass or veto the bill. If he waits for longer than 10 days to sign the bill, then it will become law by next year.