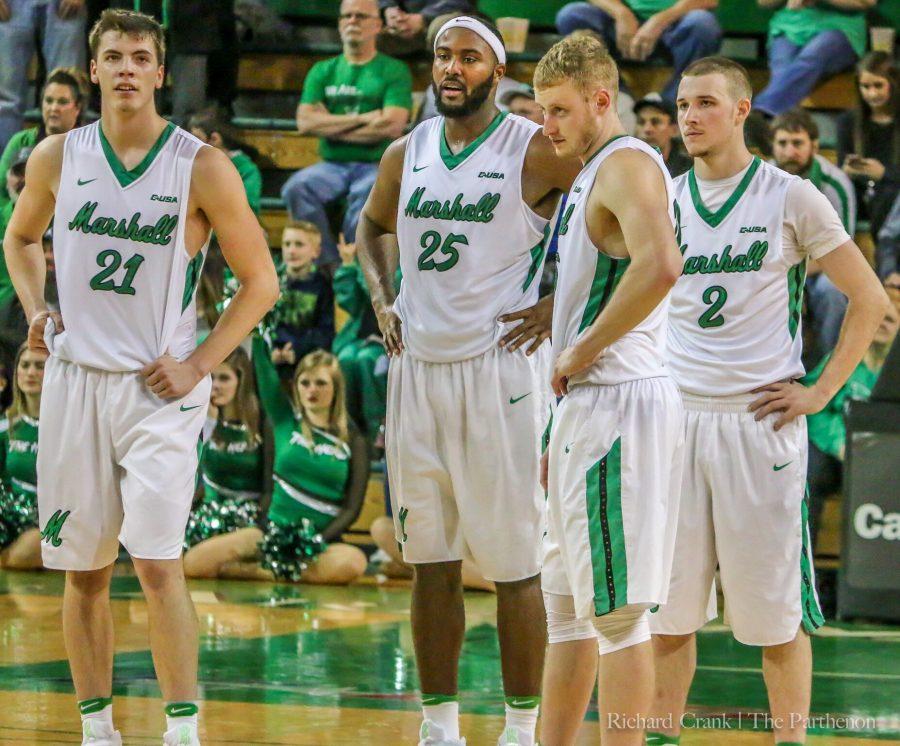 Following their second straight loss, the Marshall men’s basketball team returns to the friendly confines of the Cam Henderson Saturday night for a meeting with Toledo Rockets of the Mid- American Conference.

Marshall (5-3) enters the game on a two-game losing streak, returning home after their first extended road trip of the season. The Thundering Herd dropped their last contest 96-85 to the Chattanooga Mocs. Despite the disappointing outcome, head coach Dan D’Antoni has been pleased with the start.

“I see us improving from here,” D’Antoni said. “At this point last year, we were 2-6. Now, we are 5-3 in a real tough schedule. We put this schedule together with that in mind.”

Toledo (4-5) will be equally as tough a matchup for Marshall, as the Rockets mirror the Thundering Herd in many ways. Led by senior guard Jonathon Williams, the Rockets are barely outside the top-150 in the nation in defensive efficiency, according to kenpom.com. Marshall comes in ranked at 140. Both teams are also conceding over 80 points-per-game, meaning the contest has potential to be an offensive showcase, which is right up D’Antoni’s alley. Marshall has cracked 70 points in each of their first eight games this season, the first time a Herd team has done that since the 1995-96 season.

As gifted as they may be, Marshall’s youth has hurt them at time, as young players are forced to learn on the job this season.

“We’re a young team,” D’Antoni said. “We do have Ryan [Taylor], [Austin] Loop and Stevie [Browning], but we’re still having to use Ky’re [Allison] and Phil [Bledsoe]. We’re still young in a lot of ways. It shows up every now and then.”

Marshall is also handcuffed depth-wise. Projected starting point guard CJ Burks is out until at least the second half of the season due to academic ineligibility. Forward Terrance Thompson has also missed the past three games with an undisclosed injury.

“We’re a little bit discombobulated, because we’re missing Terrence Thompson and C.J. Burks,” D’Antoni said. “They can’t be with us, but they practice with us. We aren’t getting the benefit from that. I feel like we played better, but we had silly mistakes.”

Junior guard Jon Elmore did what he could to negate those mistakes against the Mocs. Elmore poured in 27 points, setting a new career-high in assists, as well, with 12. It marked Elmore’s first double-double since Marshall’s Feb. 20 meeting with Old Dominion. He also extended his double-digit scoring streak to eight games, the longest such streak of his career. Following the loss, D’Antoni was adamant he needed to rest Elmore more, no matter how great he is playing.

“Jon played well,” D’Antoni said. “I have to play him too long. I wish I didn’t. When C.J. returns, that will take a load off…Jon tries to take over games and we need to get him rested, so he doesn’t get exhausted. He played a great game.”

The Herd will be grateful to return home. Marshall is undefeated at home so far this season, boasting a 5-0 record. Saturday’s game tips-off at 7 p.m.