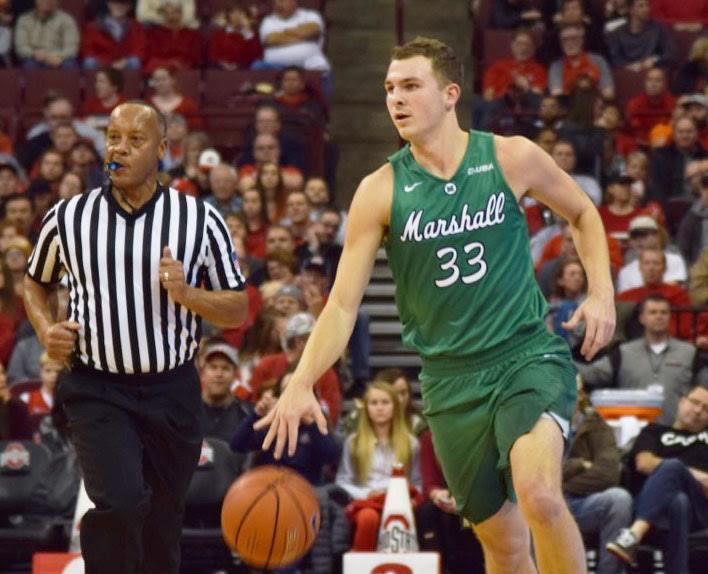 The Marshall men’s basketball team has another tough test on its hands Wednesday as the Herd welcome former-Mid American Conference foe Ohio University into Huntington, looking for their fifth win of the season.

Wednesday’s contest will be the fourth time in six season the Bobcats (4-0) and Thundering Herd (4-1) have met and the 102nd time overall. Ohio has won all four meetings, holding a 55-46 advantage in the all-time series versus Marshall.

The undefeated Bobcats enter the game averaging 77 points-per-game, boasting a win over Atlantic Coast Conference program Georgia Tech in that span. Conversely, Marshall has held three of their first five opponents to under 70 points, matching their total from the previous season.

One team the Herd could not hold under 70 was Ohio State. Marshall conceded 111 points to the Big Ten powerhouse in last Friday’s meeting. Marshall entered that contest short-handed, as senior forward Ryan Taylor sat due to a team-issued suspension. Without Taylor, the Buckeyes abused Marshall in the paint, enjoying a 62-24 margin in points in the paint. Ohio State also out-rebounded the Herd 61-32, including 27 offensive rebounds which resulted in 39 second-chance points for OSU. Each total was the most the Herd have surrendered this season.

The good news for Marshall is that Taylor and his 8.3 points-per-game will be back in the starting line-up for Wednesday’s showdown. Junior guard Jon Elmore knows just how important the senior is to his team.

“Ryan is a huge piece for us,” Elmore said. “He’s guy who starts a lot of stuff on offense and really provides a lot on defense. Losing him definitely hurt and we didn’t step up like we needed to replace him, but it will definitely be good to get him back.”

Despite the Buckeyes being the better team on paper, Marshall also did not do itself any favors by leaving Ohio State’s shooters wide-open, as well as not moving the ball like they normally do.

“They got a lot of easy buckets,” Elmore said. “I think most of it was just poor on our part. We didn’t show up to play. The ball was stagnant. We didn’t get back on defense and we definitely didn’t talk. We’re going to learn from this and hopefully get better.”

“I was a little worried about the deer in the headlights,” D”Antoni said. “Probably not a good time to play without Ryan. It’s one game. We’ll get measured against teams this big and strong. We’ve been here before. We’ll work out way back.”

The Bobcats and Herd will tip-off at 7 p.m. at the Cam Henderson Center. It is the second leg of a basketball double-header. The Marshall women’s team faces off against Morgan State at 4 p.m. It marks the second double-header this season.