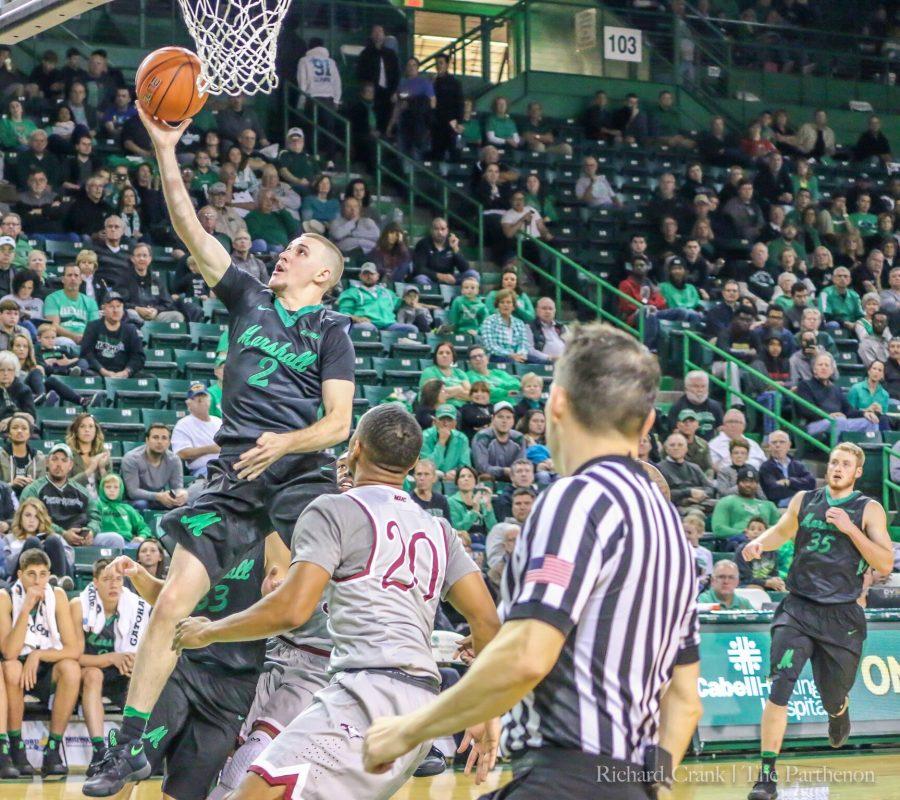 The Marshall Thundering Herd defeated the Morehead State Eagles 85-77 in a rivalry match that ended in sweet victory for the Herd.

Marshall jumped out to a quick 5-0 lead to start the game but found themselves tied with Morehead 6-6 a fourth of the way through the first half. The first five minutes were an indicator for the rest of the game, which was back and forth all night. Marshall’s three ball was not falling early, as they only managed to get one to fall through the first ten minutes of the game.

Morehead state was hindered by early foul trouble that had them looking for bench points early. The Eagles almost had as many shots as rebounds through the first 10 minutes, and their offense was stagnant as a result.

Browning commented on the Eagles early foul trouble and how it allowed for a more aggressive style of play.

“The way they play, their bigs jump out on the screen” Browning said. “It’s our job to run into them and make the referee call the foul.”

The second half saw Marshall clamp down defensively on Xavier Moon, who only scored four more points after his 15-point performance in the first.

Marshall head coach Dan D’Antoni commented on the difference in the defensive performance.

“We just told them somebody better guard him because he’s killing us” D’Antoni said smiling. “Maybe I could invent something where I was smart and the players weren’t as good, but I can’t, the players are that good and I’m not that smart.”

One player who couldn’t be slowed down was Browning, who set a career high with 32 points. Browning seemed unstoppable hitting twelve of his eighteen shots for a ridiculous 66 percent shooting mark.

Ryan Taylor spoke on his teammates career performance and what it meant against Morehead State.

“It was just one of those nights for Stevie” Taylor said. “This was my first career win against Morehead.”

Elmore also played a much more aggressive half and went to the line nine times in the second half as a result. Forward Ryan Taylor added another double-double to his season scoring 13 points and 10 rebounds, maintaining his C-USA lead.

Marshall will look to remain undefeated and extend their winning streak to three this Saturday, November 19th when they take on Western Carolina at the Cam Henderson center.