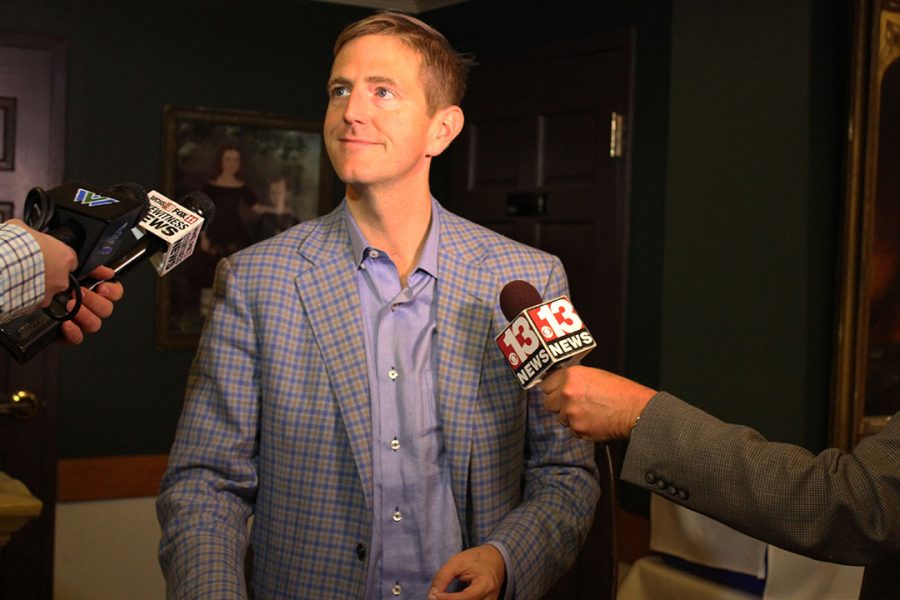 “Obviously I am disappointed, but I appreciate the support from all of you,” Reynolds said.

Reynolds is from Huntington, where he currently resides with his wife and four children. Reynolds is a graduate of West Virginia University College of Law, and was admitted to the West Virginia State Bar in 2002.

Reynolds now serves as a West Virginia delegate in the House of Representative for District 17. In 2016, Reynolds has been the lead sponsor of six bills, half in education and the other half in judiciary.

Reynolds is Chief Executive Officer of Energy Services of America, a Huntington-based regional engineering and construction company. He is also managing partner in HD Media, the holding company of “The Herald-Dispatch” and “Wayne County News.” Reynolds previously ran his own law firm and served as an Assistant Prosecuting Attorney.

In community service, Reynolds is the former president of the United Way of the River Cities. He currently serves on the boards of the Marshall University Foundation, Cabell Huntington Foundation and the Boys and Girls Club of Huntington.

Incumbent Morrisey is currently finishing his first term as West Virginia attorney general. He is from Harper’s Ferry and received a juris doctor from Rutgers Law School-Newark.

Morrisey has practiced law since 1992, when he worked on many high profile health care matters in the private sector. He was a partner and then a practice group co-chair at two of the largest law firms in the country.

Morrisey previously served as deputy staff director and chief health care counsel to the House of Representatives Energy and Commerce Committee. In this position, he worked closely on health care legislation, specifically the Bioterrorism and Public Health Preparedness Act of 2002.

Morrisey and Reynolds debated on the steps of the Capitol Oct. 19 in Charleston. The debate was an impromptu event, where the candidates discussed the drug problems in the state, the presidential race and issues surrounding the EPA’s policies effects on the coal industry.

Reynolds delivered his concession statement on Nov. 8 at the 21 at the Frederick in Huntington.