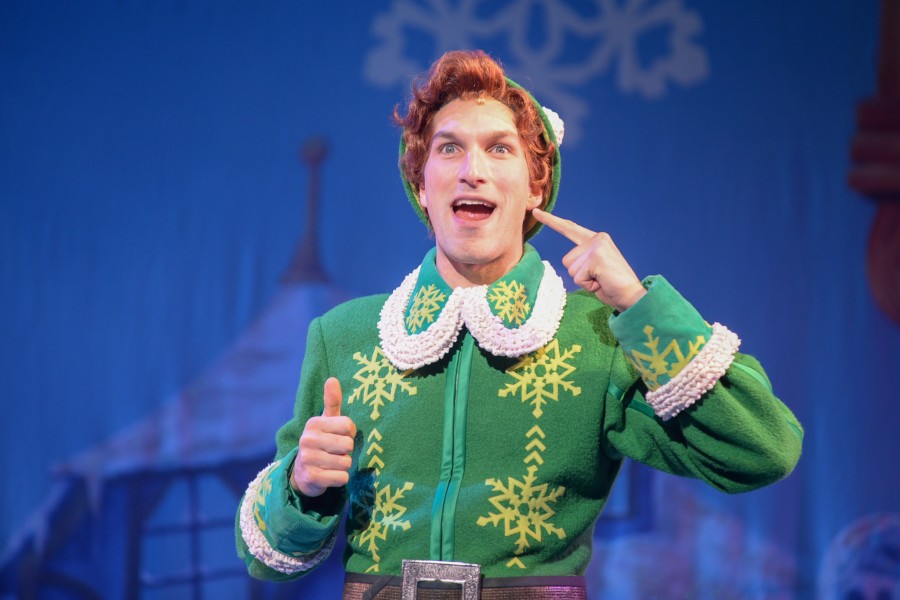 Christmas came early this year as the Marshall Artists Series brought the holiday spirit to Huntington with “Elf: The Musical.” For one night only, the Broadway musical lit up the Keith Albee Performing Arts Center Monday with songs and dances to make the audience believers in pure holiday spirit.

Both young and old packed the Keith Albee Monday. Laughter filled the theater throughout the entire performance.

The performance began with Santa Clause sharing his favorite Christmas story about the elf that saved Christmas. Buddy the Elf brought the stage to life with his songs and dance moves.

The performance stayed true to the most memorable parts of the movie,

especially the phrase, “The best way to spread Christmas cheer is signing loud for all to hear.” The songs performed throughout the performance gave the storyline new life through lights and dance.

While staying true to the main idea behind Buddy’s story, the performance took a modern spin on how much technology has benefitted and inhibited the holiday spirit.

Santa Clause updated his method of keeping up with the children who are both good and bad, he has coordinates to his next destination, and music to entertain him on his long journey. Santa has upgraded to an iPad.

The storyline showed the modern struggles for the retail Santa Claus who is disrespected by the children who are no longer believers in the man in red. Children in the show are too involved in technology and do not feel the same Christmas joy as the generations before them.

The performance is full of new faces that have never been a part of a production larger than a college program or community theater.

The Keith Albee was the eleventh stop for the “Elf: The Musical” tour. The next destination is Fort Worth, Texas at the Bass Performance Hall. The tour will conclude in Schenectady, New York December 23, 2014.