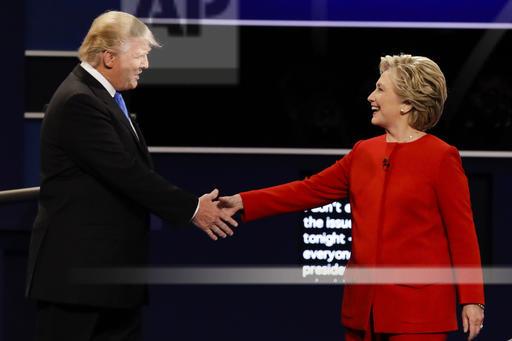 In the first of three presidential debates, Democratic nominee Hillary Clinton and Republican nominee Donald Trump finally went head-to-head on the debate stage. The world has been waiting all summer to see what these two would say to each other.

Both candidates came into this debate with plenty of controversy surrounding them, making this the most anticipated presidential debate in recent history.

The debate was held at Hofstra University in Hempstead, New York. NBC’s Lester Holt moderated the questions, where he hit topics concerning tax plans, racial tensions in America, foreign policy and many others.

Although the debate did begin with what seemed to be a strong back and forth, it turned into a competition of personal attacks.

“I think we have to step back and realize that was a very surreal event that we witnessed,” said NBC’s Chuck Todd. “That was not like any normal political debate, it was not something that looked like any other presidential debate we’ve witnessed in the modern era.”

Many expected Clinton to try to get under Trump’s skin. She stated that Trump’s tax plan would only benefit the wealthy upper class, comparing it to former President Reagan’s trickle-down economic plan.

“I call it trumped-up-trickle-down, because that’s exactly what it would be. That is not how we grow the economy,” said Clinton.

She then responded to Trump on issues of how he came to his fortune and whether he is a true business success.

Trump then came after Clinton and other politicians for their lack of ability to follow through on promises.

This then began a rhetoric that was a back and forth of personal attacks, with each candidate trying to legitimize their own campaign.

“I have a feeling that, by the end of this evening, I’m going to be blamed for everything that’s ever happened,” Clinton said after a heated game of who’s to blame.

Trump then quickly responded with, “Why not?”

Another pivotal moment in the night was when each candidate was asked about how they would heal the racial divide and the growing issue between law enforcement and the African-American community.

Holt corrected Trump, saying that “stop and frisk was ruled unconstitutional in New York, because it largely singled out black and Hispanic young men.”

Trump then responded to Holt with, “No, you’re wrong. It went before a judge, who was a very against-police judge.”

Holt responded by saying, “The argument is that it’s a form of racial profiling.”

Many political analysts saw this as where Trump began to seem unprepared.

Although this debate may not have given any true insight to what may come in November, it did give the country a first look at what will be to come in the next two debates.

The next debate will be the vice presidential debate, featuring Democrat Tim Kaine and Republican Mike Pence, Oct. 4 on CNN.

Tom Jenkins can be contacted at [email protected] marshall.edu.