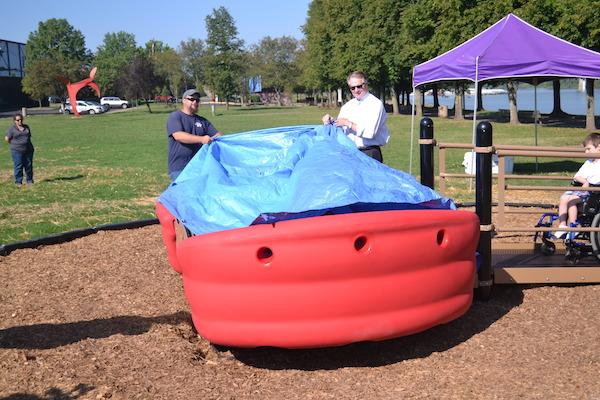 The Park & Recreation Department received a call from a mother, Shanda Jenkins, who was wanting to start a GoFundMe.com account to raise money for a wheelchair-accessible swing. Jenkins’ son Brady, age 7, is confined to a wheelchair and has only been able to watch while other kids play.

“This way Brady can play with his siblings now, instead of sitting on the side and watching,” said Jenkins. “When I called I was just asking about a swing.”

Jenkins was unaware that the Executive Director of the Parks Department, Kevin Brady, had already begun planning an all-inclusive playground a year ago. Kevin Brady stated at the event that “almost 25% of all children in the Tri-State area between the ages of 5 and 21 have some type of disability.”