Greene reflects on time as member of Herd 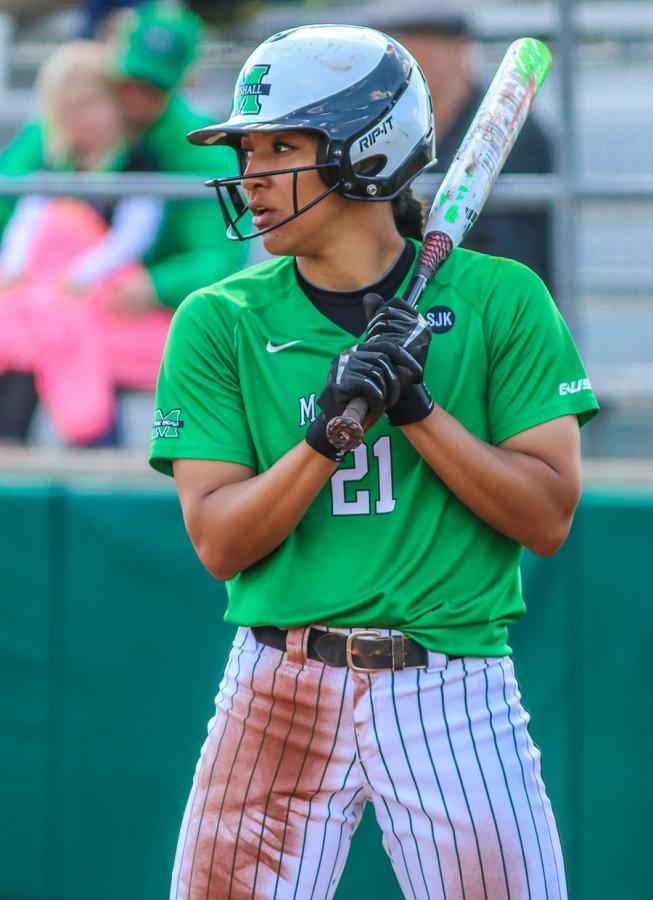 Marshall University senior Kaelynn Greene steps up to the plate during a game earlier this season at Dot Hicks Field.

Senior outfielder Kaelynn Greene’s time as a member of the Marshall University softball team will soon come to an end.

However, the Eastvale, California native said the past four years has been some of the best years of her life.

“I have really enjoyed my time here,” Greene said. “But the four years went by really fast.”

Greene said Marshall has become a second home to her during her time at the university.

Greene said she has enjoyed bonding with her teammates over the years.

“My favorite thing about Marshall is the all the sisters I have gained,” Greene said. “I’m really going to miss all the girls I have played with.”

Senior infielder Alyssa Woodrum said Greene has been a benefit to the team on and off the field.

“Kaelynn is one of those people that is really fun to be with and always fun to watch,” Woodrum said. “And she is a great all-around player. She has really improved with her confidence and knowing she can get on base every time up to bat.”

Greene said she feels she has made a lot of progress on and off the field during her four years here.

Greene, who will graduate from Marshall in May, said she is not sure what the future holds for her.

“After graduation, I plan on moving back to California and continue being a mom.”

Greene leads the team in batting with an average of .470.

Greene also leads the team in hits with 70 and has appeared in all 48 games this season.

Marshall faces Florida International University in a three-game series this weekend at Dot Hicks Field. The first match is scheduled for 1 p.m. Saturday.